Previous Next
KIDSAVE COLOMBIA: 263 CHILDREN FOUND A SUPER AMIGO IN 2016

Remember these numbers: 263 children found a Super Amigo in 2016! 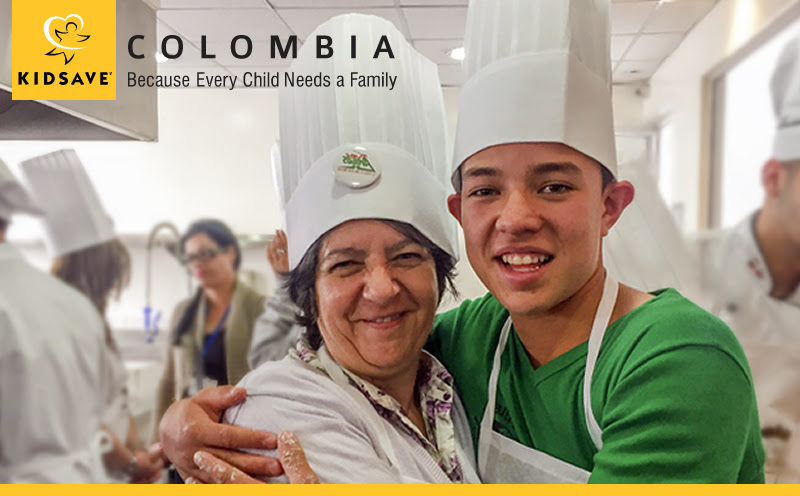 Maria and Humberto are Super Amigos. They love to cook pizza. They teamed up to participate in the Super Amigos Cooking Academy in October 2016.

Adoption of older kids is far less common in Colombia than in the United States. But in 2016 the trend toward helping older kids has been on the upswing. The Super Amigos Program, based on Kidsave’s Family Visit Model and initially introduced by Kidsave, is an effort to match older kids from Colombian foundations (orphanages) with stable adults who will remain connected to them for a lifetime. These adults can adopt, foster or mentor. But the idea is to help kids grow and make a successful transition out of institutional care into productive adulthood, and ultimately for some, to experience family-based care.

In 2016 one thousand eighty-seven (1,087) families in nine Colombian cities registered to attend Super Amigos functions. They joined in group activities with 660 kids. Together they took organized walks, attended cooking classes, and participated in karaoke competitions and sporting events. And in the end, 263 children were matched with a Super Amigo (an individual or a family). Now the children visit with their Super Amigos regularly — spend weekends together — and some even live together.

Initially introduced by Kidsave, the program is run by the Government of Colombia with support from Kidsave and the Kidsave Colombia Foundation. We are so proud to see the concept of hosting and engaging with older kids growing in Colombia. We look forward to seeing the trend continue in the New Year.