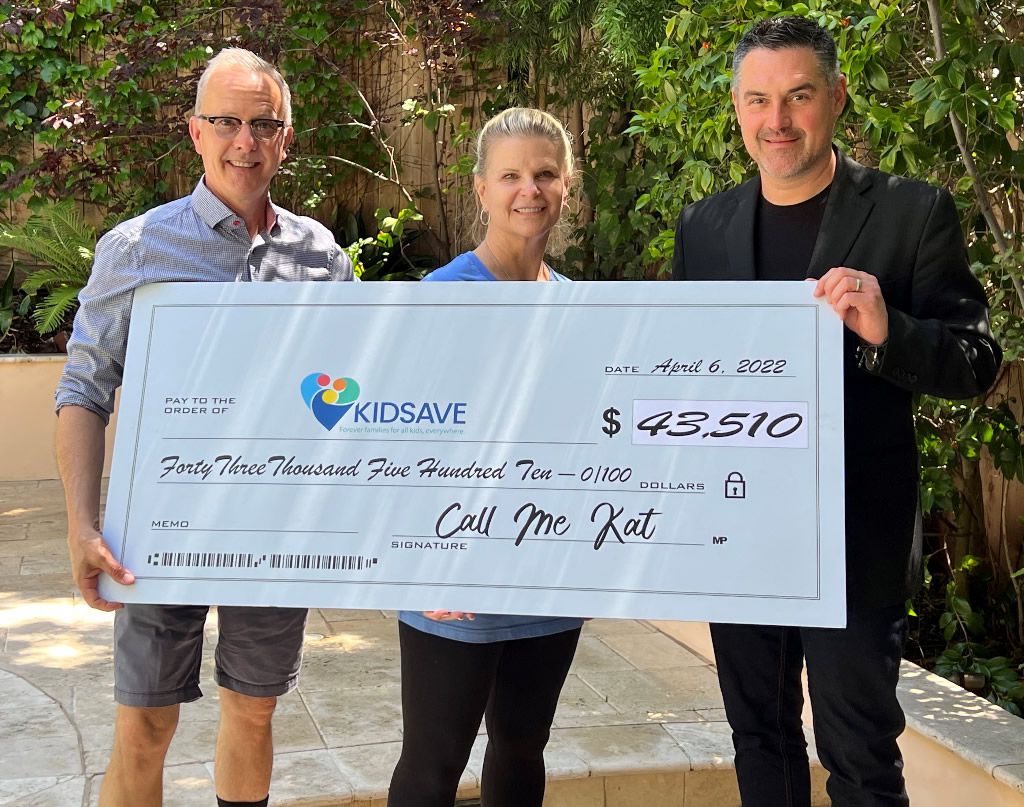 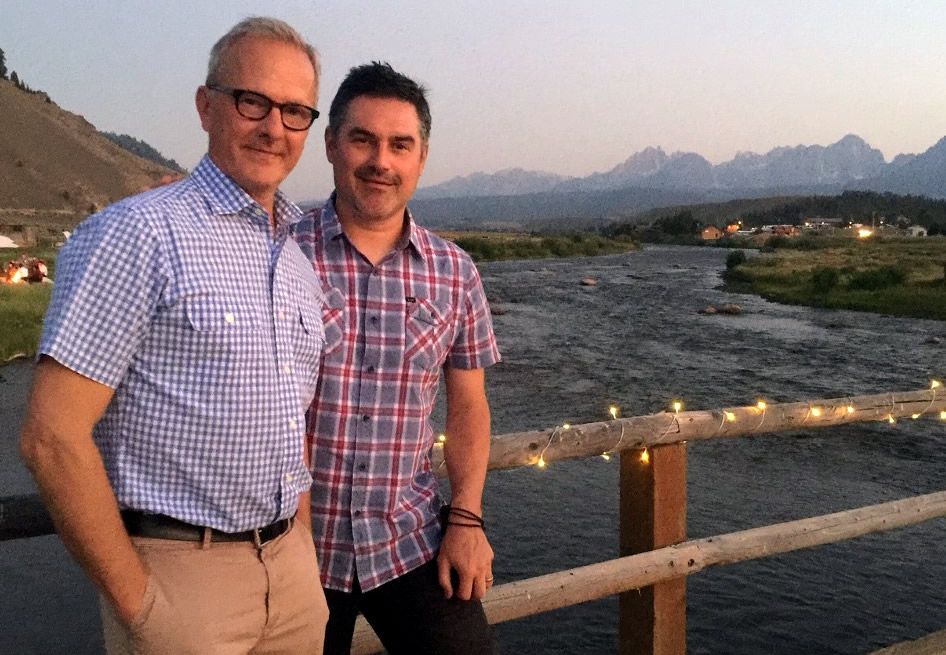 Kidsave recently received a generous gift from the cast and crew of the hit Fox television series, Call Me Kat. The donation was made in honor of longtime volunteers and Kidsave dads, Michael Warga and Thomas Schultheis and their family. Michael and Thomas have served as hosts to four Weekend Miracles kids in LA, and they are an adoptive match with 15-year-old Danny. I sat down with Michael and Thomas to learn how this incredible fundraiser happened.

Michael is the Assistant Property Master for Call Me Kat. He explained that while he tends to keep his personal life separate from his work, the crew has become like a second family to him as they all work long hours on set together. Through these long hours working together, Michael got to know Brad Grimmett, one of the show’s camera operators.

“I got to know Brad, and he would just ask me things like, ‘Did Danny win his soccer game?’ or ‘How is Danny doing?’ We would chat about it every now and then.” said Michael. “I didn’t think much of it until one day, I was coming up to the soundstage, and Brad was there with executive producer and star of the show, Mayim Bialik, and they said, ‘Hey, we have something we want to talk to you about.’”

Unbeknownst to Michael, Brad had told actress Mayim Bialik about Michael and Thomas and their involvement with Kidsave.

“They announced out of nowhere—I was not involved in the planning whatsoever—that they wanted to do a company-wide fundraiser with Call Me Kat to raise money for Kidsave in honor of our family,” Michael explained. “It was very moving.”

Michael said that he was hoping for $5,000 or, optimistically $10,000, but to his surprise, the fundraiser continued to grow and grow. He attributes the huge success of the fundraiser to the incredible generosity of the Call Me Kat crew and the tenacity of leading lady, Mayim Bialik.

“Mayim is a terrific woman, very hard-working, and she really took the ball and ran with it,” said Michael.

Not only did Bialik lead the fundraiser by collecting donated items from fellow cast members for the raffle, but she also pledged to match the funds raised by the crew dollar for dollar. She even reached out to former Big Bang Theory co-star and fellow Call Me Kat executive producer, Jim Parsons, about the fundraiser, and Parsons also matched the funds raised by the crew. Then, Bialik took the fundraiser to executives at Fox and Warner Brothers, and each company made an additional donation.

In the end, the total amount donated to Kidsave was $43,510, more than Michael and Thomas had imagined “in their wildest dreams.”

In addition to raising much-needed funds for Kidsave, Michael said that the fundraiser also created new opportunities to spread the word about Kidsave. Thomas, Michael’s partner, commented on the change after the fundraiser was announced.

“People were coming up to [Michael] and saying things like, ‘Tell us more about Kidsave’ or ‘What is Kidsave? How does it work?’” said Thomas. “I don’t think either of us anticipated the ripple effect that the fundraiser would have, that people would donate then think, ‘I want to do more.’”

Since the fundraiser, several crew members from Call Me Kat have looked into beginning their own Kidsave journeys either as volunteers or potential hosts.

To learn more about how you can get involved with Kidsave, visit https://www.kidsave.org/your-part/.