As seen in La Opinion

(Translated from Spanish to English)

When Courtney and Michael Ulloa offered to shelter Pedro, a boy from Colombia, in their home for five weeks with the idea of helping him find a family in Southern California who could adopt him, they never imagined the miracle would happen and that they would end up making him part of their family.

“My husband and I were married in 2013. We have no children, and we had not discussed adoption or discussed it, we just wanted to help homeless children find a loving family in Southern California.”
Pedro came in a group of around 50 orphaned Colombian children in the summer of 2018 in search of a home in the United States. Courtney and Michael had long been volunteers for the international Kidsave Summer Miracles program, created 22 years ago and through which Pedro came.

When asked if they could have a child, Courtney says that all they asked was someone to fit in with their family, it didn’t matter if it was a boy or a girl. “We just wanted to help.”

A few days after turning 11, Pedro came to spend the summer with the Ulloa family. Michael was born in California and Courtney in West Virginia, but has lived in California since she was a child. “The first time we saw him was at LAX (Los Angeles International Airport). All the families were waiting for the children.”

The goal behind the program is to give children the opportunity to connect with families and get to know each other in relaxed settings. “Volunteers organize activities like games in the parks, bowling,” explains Courtney.

She says that she and her husband wanted to give Pedro special memories. “We took him to his first baseball and soccer game, Disneyland, and summer camp to create unforgettable experiences while he was here.”

But at what point did they decide they wanted to adopt him?

“It was pretty quick. There was an instant connection and within a week we knew that I wanted him to be part of our family. ”

Michael explains that it was very influential, seeing Pedro very grateful like when they bought him a pair of shoes; or just for the little things they gave him.

Courtney says they loved finding out that he was very playful and upbeat with a great sense of humor. “By living with him, we realized his great heart with people and even with animals. We have two small dogs and he instantly fell in love with them. ”

And the more comfortable he felt, the more Pedro opened up and revealed his personality. “By experiencing that, we naturally felt that he was destined to be part of our family.”

Pedro was born in Bucaramanga, Colombia. Before being adopted by the Courtney and Michael family, he lived in an orphanage, and when he first came to California, he spoke very little English.

“My English was terrible and I didn’t understand anything,” says Pedro shyly. And that summer when he first stepped on American soil, he admits that he was a little scared, but as the days went by, he felt comfortable.

It was one afternoon when Courtney and Michael sat down to talk that her husband stared at him and said that he would like Pedro to be part of his family. “I felt so happy because I felt the same way. We got to that point at the same time as a couple. ”

When the summer vacation ended in 2018 and Pedro had to return to Colombia, Courtney reveals that the farewell was very sad and emotional.
“We already knew we wanted to adopt him, but we were not allowed to tell him that we were going to go for him. We had to wait for the entire adoption process to take place. So it was very hard to say goodbye to him, but as soon as he left, we started the paperwork. ”

In his suitcase, they put some letters and an album with photos of their experiences together.

While they fulfilled all the requirements of the adoption, they began to chat with him on Skype; and they had to wait a long time before they were authorized to tell him that they would be his adoptive parents.

The final stage included traveling to Colombia for three weeks to complete the final steps. “But as soon as we arrived we were able to have him with us all the time; and then we started the process to make you a United States citizen and get you a passport. When everything was ready, we returned home as a family. ”

Courtney acknowledges that they have definitely had challenges with Pedro as with any teenager. However, they are very proud of what it has grown and accomplished. “He is making progress in school. He has been recognized for treating everyone with respect. He was placed on the dean’s list for his good grades and has joined a school leadership group and is raising money for other children. ”

So it’s really amazing to see their effort and hard work. “He has become a great surfer and after training he made it onto the junior lifeguard team. I’m so proud of him.”

Michael says that he has taught Pedro discipline and structure, as well as that actions have consequences. “He has come a long way from where he was when he first arrived. It’s just nice to have him at home.”

What they have emphasized to Pedro is that he should focus on his education. “Our goal is to make him an honest, honorable and loving man because we want to change his life for the better.”

Michael adds that they love Pedro and wouldn’t trade him for anything. Pedro has been with his parents Courtney and Michael for almost a year and nine months. He is currently 14 years old.

What cost him the most during the adaptation process was the food. “It’s very different”. But it was also difficult to learn English. “Now it is more normal.”

Pedro is in the seventh grade and attends St Joseph Catholic School. And he says that he is very happy, because he never imagined that in this country he would find his parents and a home.

Courtney says they are very grateful to Kidsave for the opportunity to parent to Pedro and the work they have done across the country and the world in search of parents for children without homes.

“Participating in the Summer Miracles program, either as a volunteer or as you seek to adopt, is a life-changing experience.”

About 80% of the Colombian children who have been brought to this country through Kidsave in search of a home have been adopted. “This summer 39 Colombian children have arrived, 12 are with families from Southern California. The goal is to find a loving family for each child, ” explains Courtney.

The average age of the children is 11 to 14 years old, but this summer, the kids are between 6 and 16 years old. 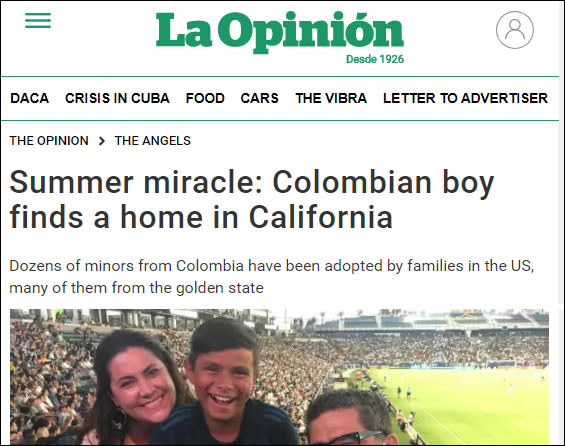 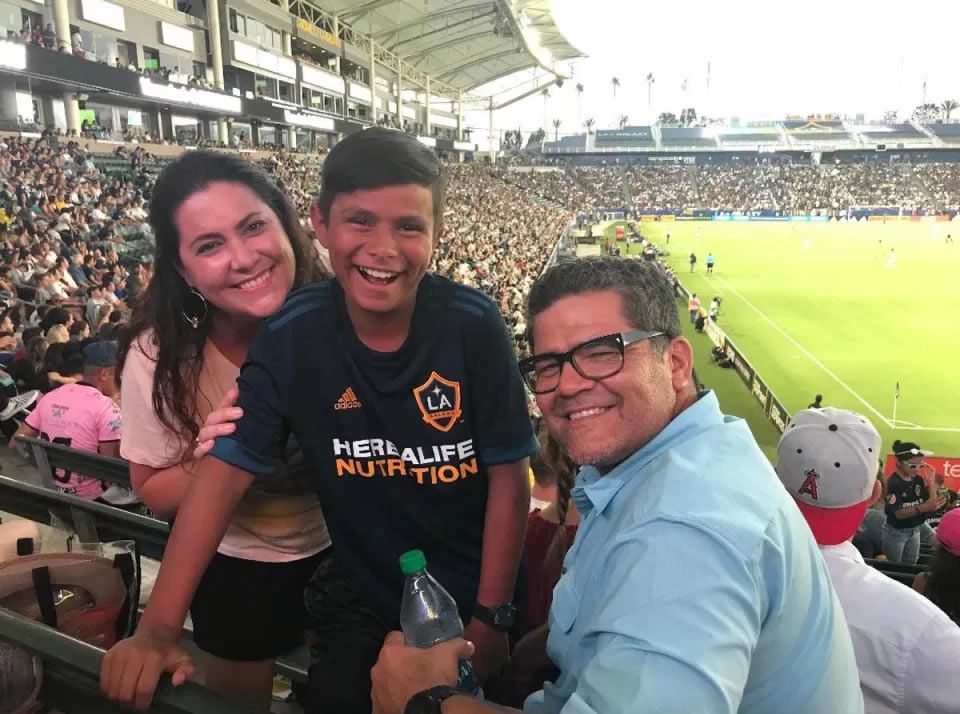 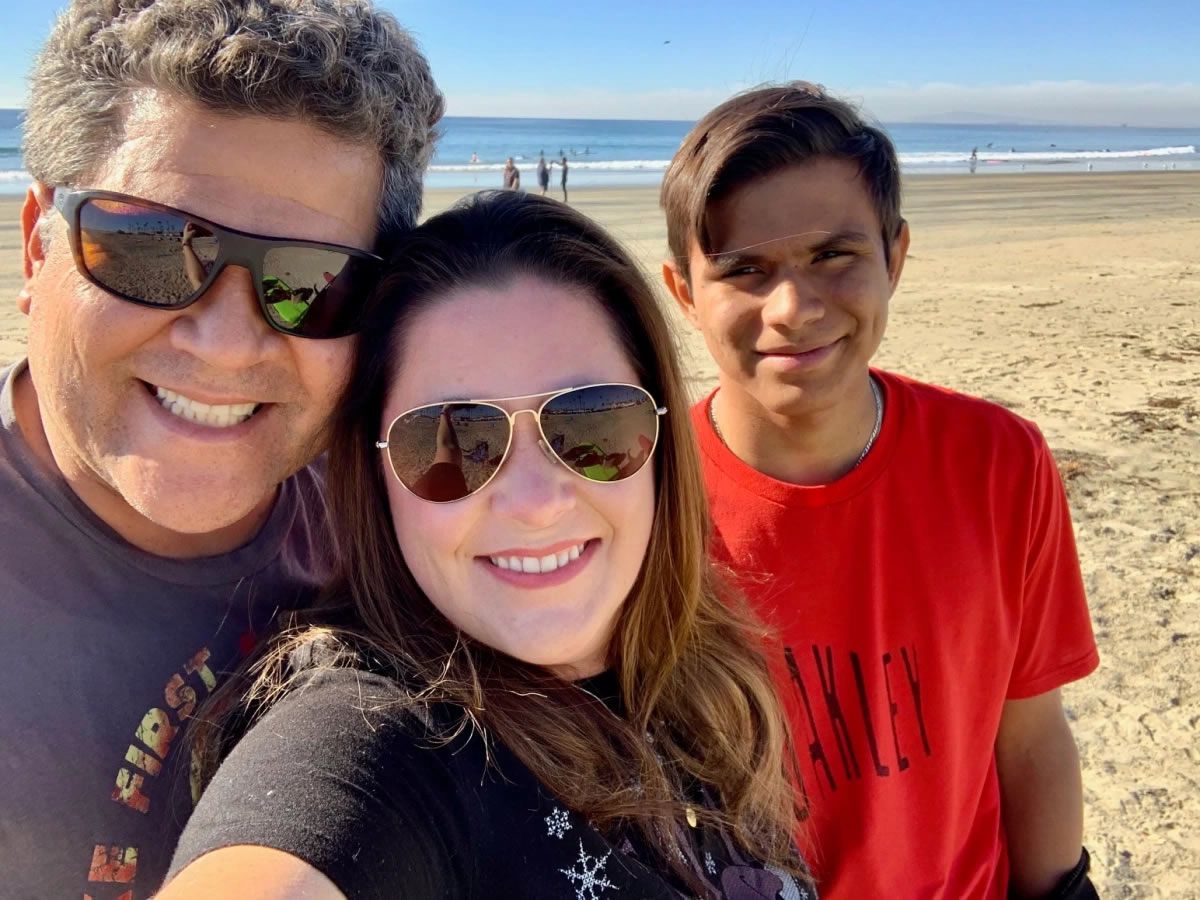 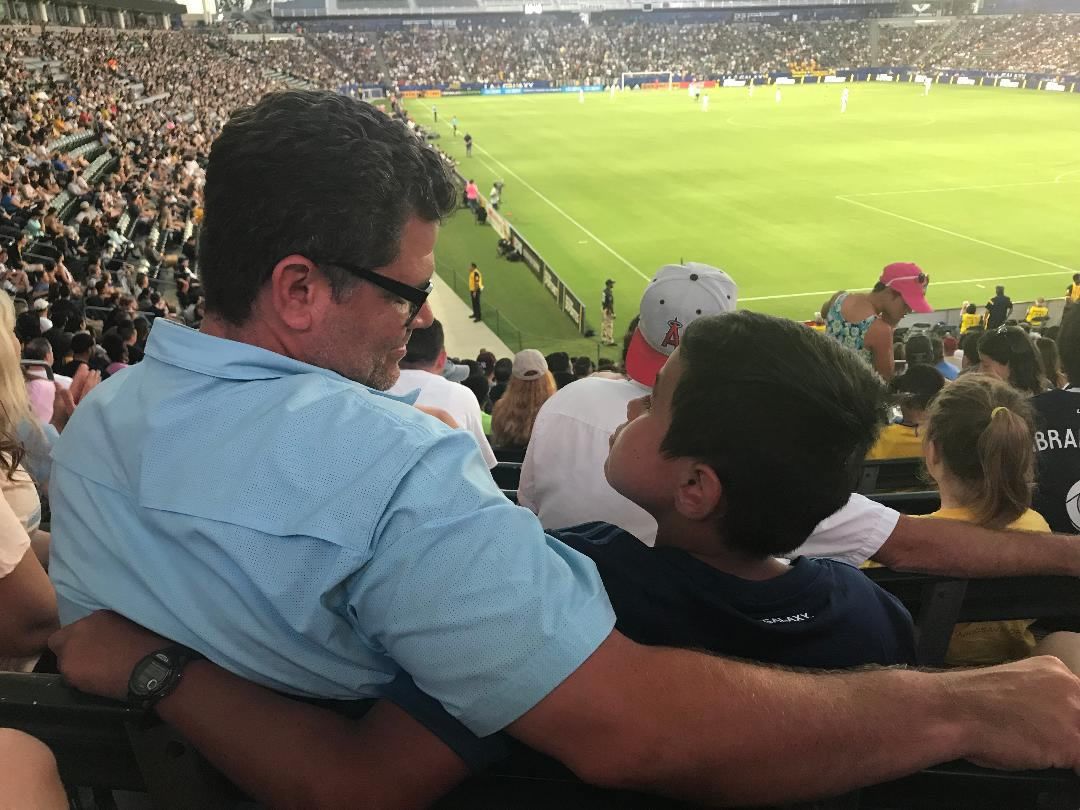 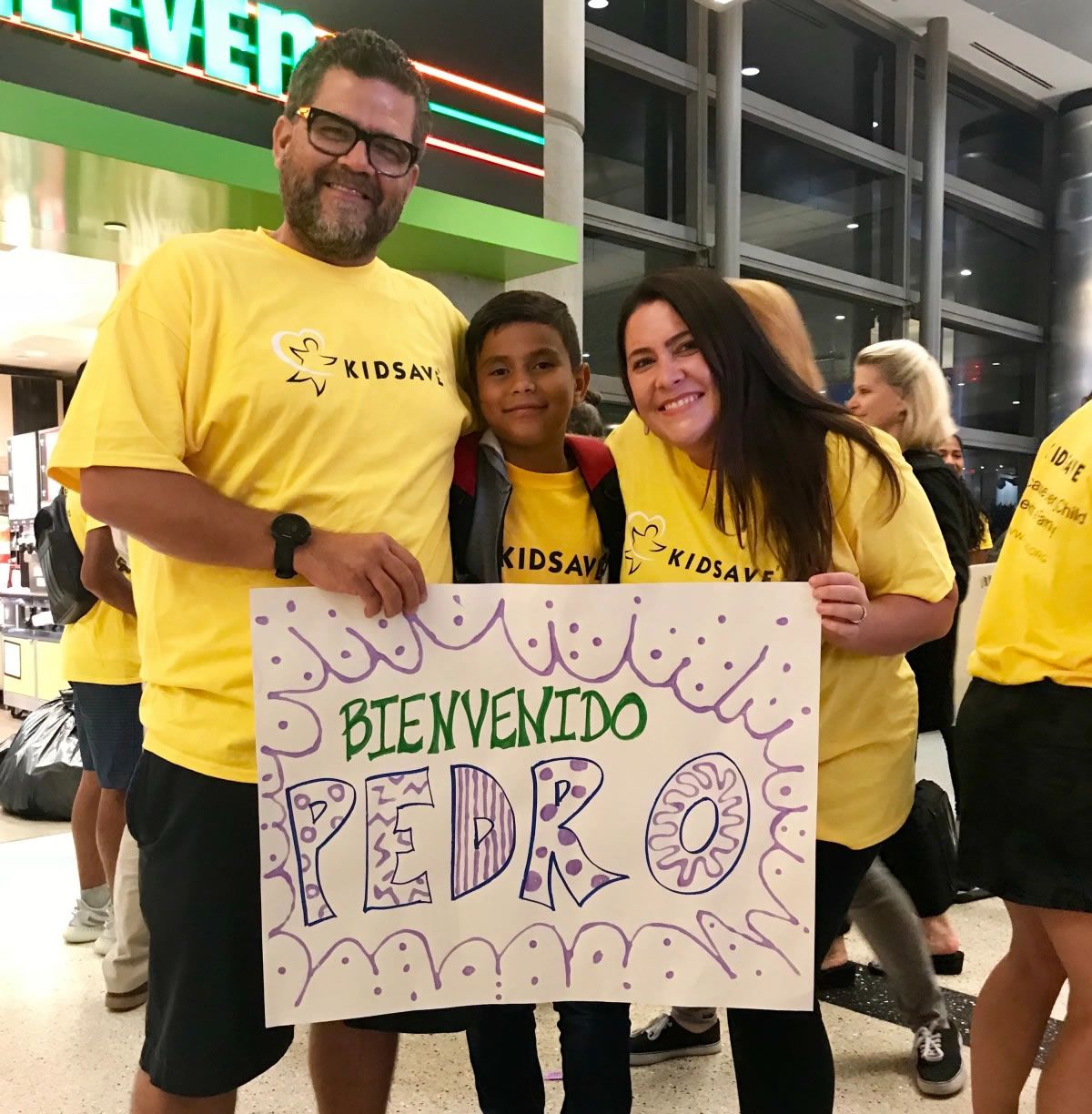 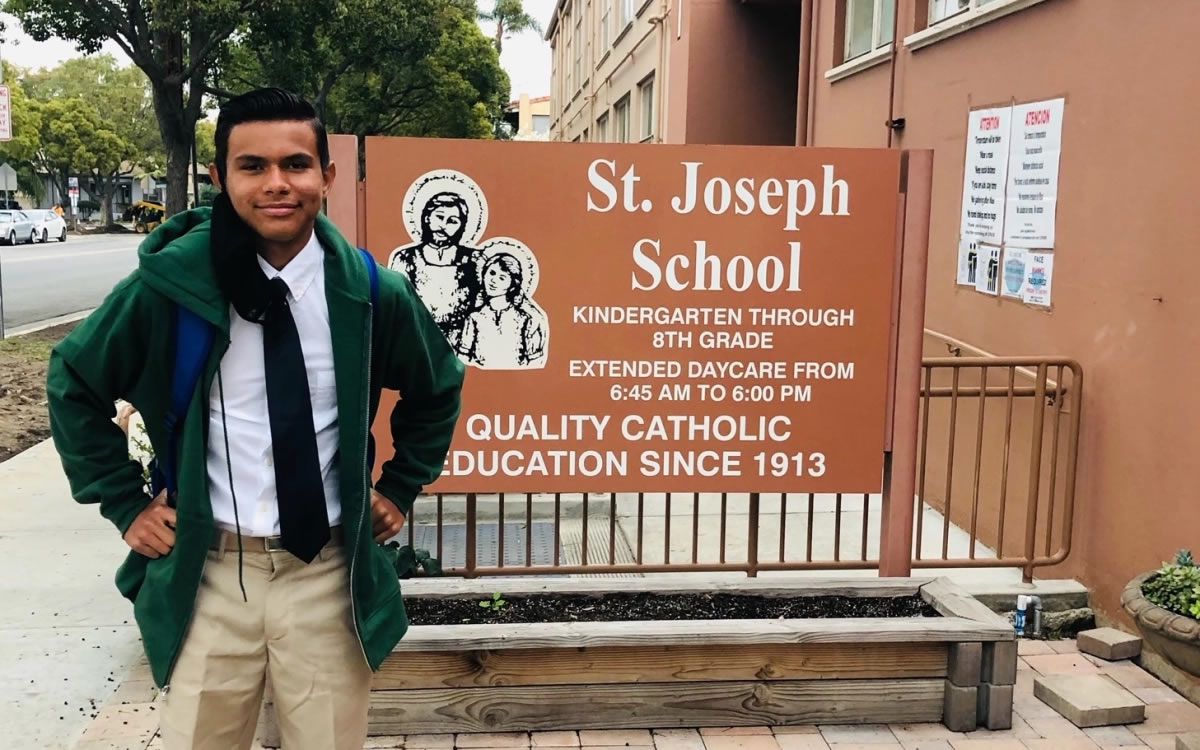 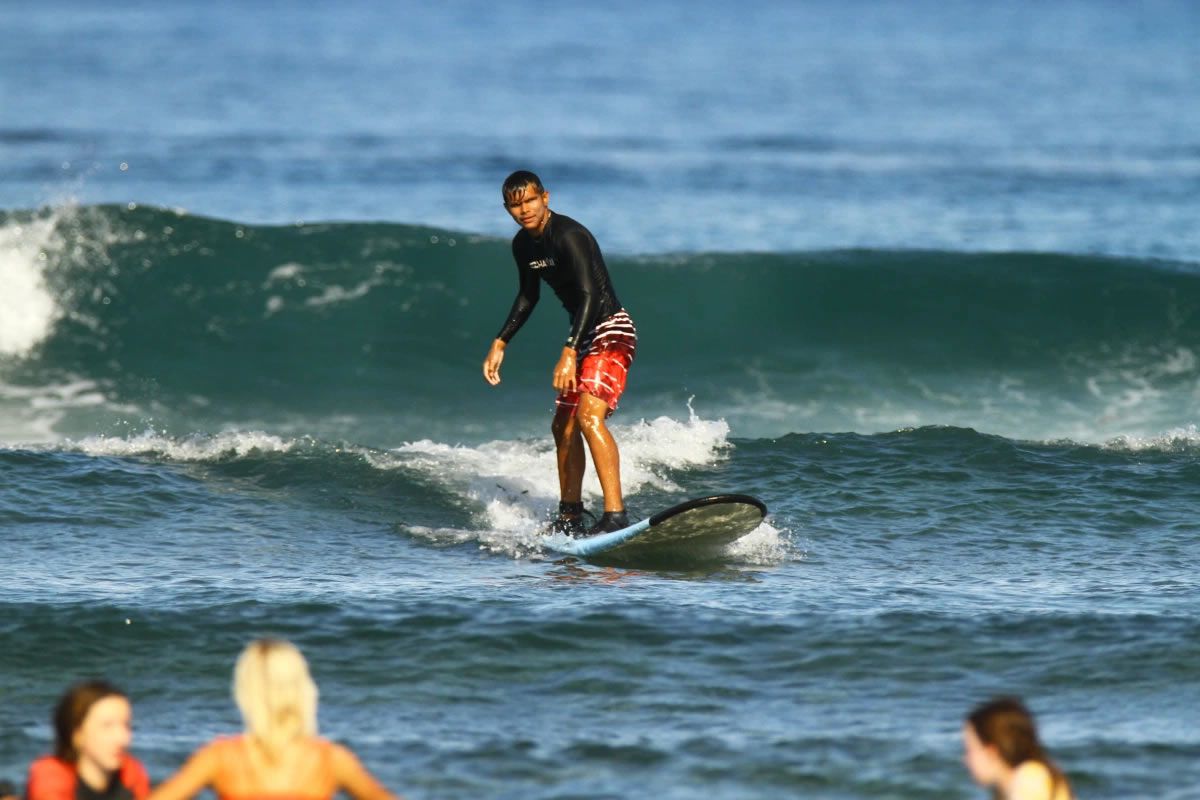