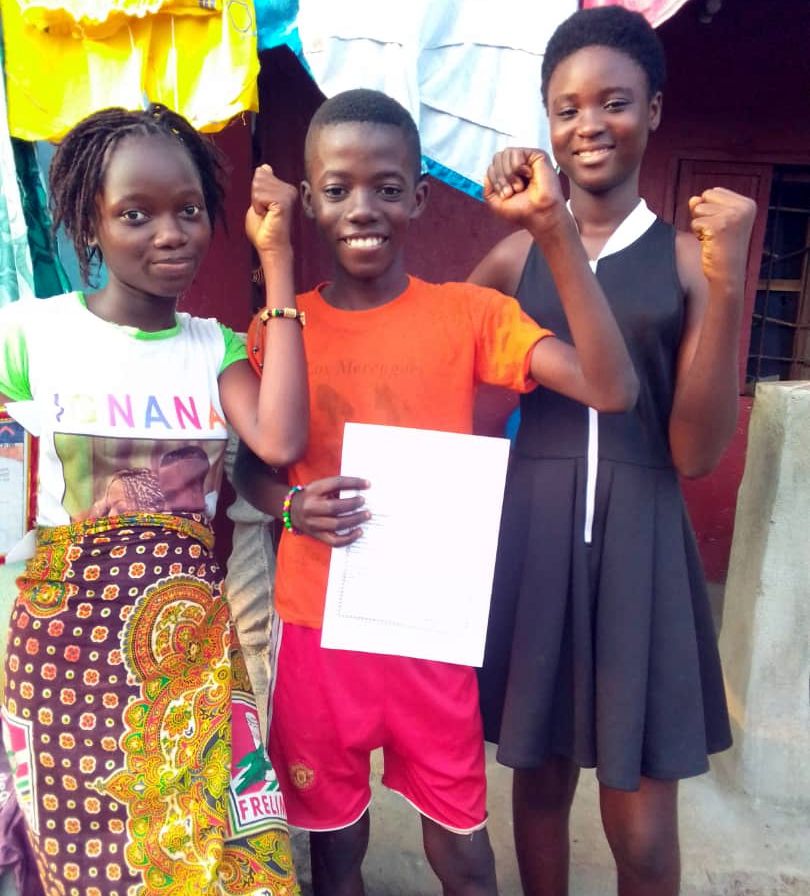 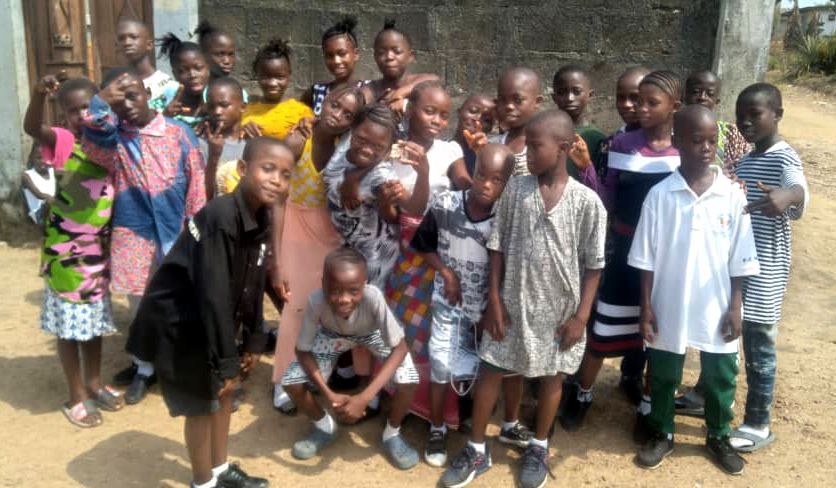 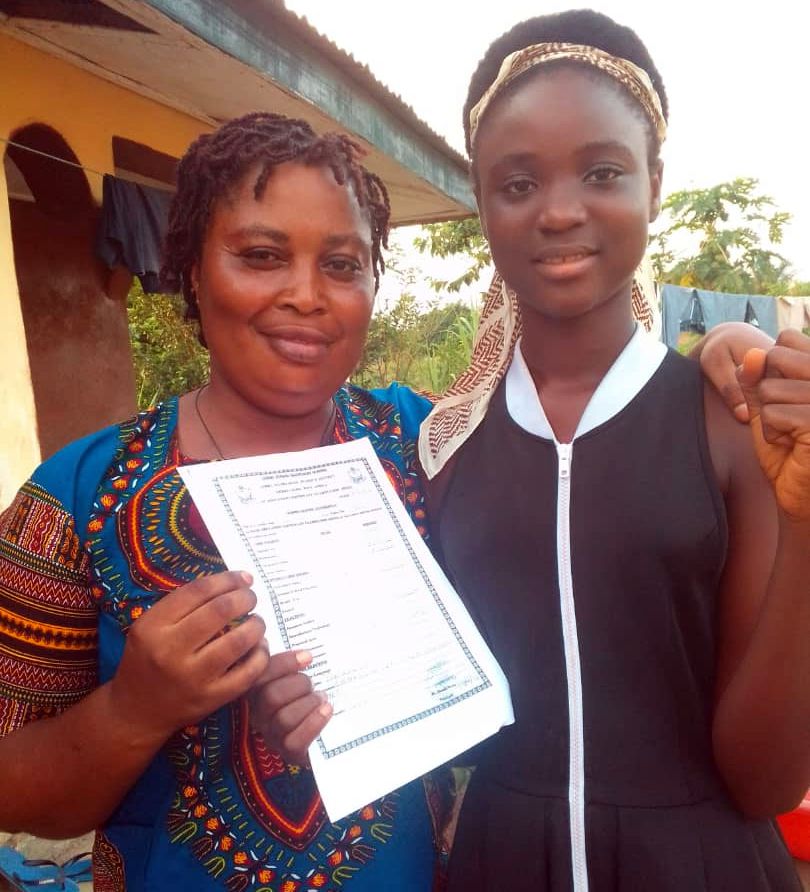 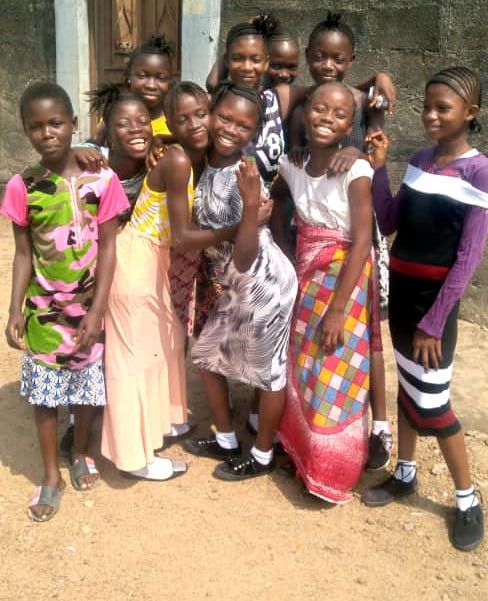 By: Bonnie Williams and Chloe Allen

It’s a staggering statistic; the continent of Africa has the highest population of orphans in the world, with over 15 million orphans living in the Sub-Saharan region alone. Within this Sub-Saharan region lies the nation Sierra Leone, a small West African country with a population of just over 8 million people. Despite its small size, this country and its people have faced immeasurable difficulties. Over the last three decades, the people of Sierra Leone have had to face civil war, Ebola, COVID-19, and an ongoing fight against HIV/AIDS. As a result of these hardships, many Sierra Leonians live in poverty, and an estimated 310,000 children live as orphans.

Kidsave began working in Sierra Leone in 2010 to reunify children with extended family and kin or place them into vetted adoptive families. With the help of our partner, the Foundation for Integrated Development (FID), we have helped more than 1,170 children so far, and our goal is to reach 1,200 by the end of 2022. In order to reunify and place these children, there is an enormous amount of work that must be done. This work is done by Kidsave’s Sierra Leone Program Manager Ibrahim, a few dedicated staff members, and many selfless volunteers.

The first step towards reunification is case mining. Case mining is done by reviewing the children’s records and speaking with the children to see if they remember anything about their life before being brought to the orphanage. Some may remember a living family member such as an aunt or grandmother. Others may remember the name or location of their village, which at least offers a starting point.

Social workers and volunteers then travel to the children’s villages, a journey that often takes hours over challenging terrain. Once there, the social workers speak with the leaders in the village to confirm that it is the child’s original home and whether there are any living relatives of the child. If there are living relatives, the social workers determine whether the relatives are interested and able to care for the child, assess the living conditions, and discuss what the family can expect when the child comes to live with them.

If there are no living relatives, Ibrahim and his team begin searching for and vetting families who are willing and able to care for the child—whenever possible within the child’s village of origin. Once a family is found—either kin or adoptive parents—Kidsave provides training on the proper care of children, which also serves as a guidance and empowerment tool for families in the community as well.

Reunification and family finding are ongoing processes for Kidsave’s Sierra Leone, but in times of crisis, this process becomes especially crucial. For example, when the Love One Another Orphanage in Bo, Sierra Leone, announced on March 11 that it would have to close in one month, the fate of 170 children was suddenly up in the air.

Ibrahim and his team learned that arrangements were being made for the younger children, but that 62 of the children were older, making them harder to place. They had no prospects, and because many were close to turning eighteen, they had little hope of finding a home. Fortunately for them, Kidsave specializes in helping older, harder-to-place children find safe, loving families. Ibrahim not only agreed to find families for these children, but he also agreed to meet the deadline before the orphanage closed.

Kidsave flew into action, and Ibrahim and his small team searched for living relatives for 28 of the children who had originally come from the Bo and Pujehun Districts. Conversations with the children had led Ibrahim to believe many of them had kin there, and thankfully, this was true. All 28 of the children from Bo and Pujehun were reunified with relatives and kin, and over 268 people from the districts attended the family and community training offered by Kidsave!

The remaining 34 children were from the Kailahun and Kenema Districts, areas that were heavily impacted by Ebola in 2014. None of these children had living relatives, so reunification was not possible; they needed adoptive families. Ibrahim and his team met with leaders in the Kailahun and Kenema Districts and worked with them to plan an event in each city. These events would serve as public gatherings and feature local artists and musicians. During these events, the children would be introduced to the people and connections would be made. This successful model has been used before, and this time it led to 16 families agreeing to take in 23 children. Ibrahim and his team continued to provide training, support, and resources to these new adoptive families, and with time, permanent loving families were found for the remaining 11 children.

The work that Kidsave, Ibrahim, and his team are doing in Sierra Leone has helped thousands; from the children saved to the families restored and the communities strengthened, the impact is immeasurable. There are thousands of orphans in Sierra Leone, thousands of children who need our help to find family and thrive.