A Leap of Faith

A Leap of Faith

This Father’s Day, Honor a dad through Kidsave and share this heartwarming story!

For Stephen McCall, his close bond with his mother, his family and friends were always enough. He was perfectly content with his life as it was, until a trip to Colombia changed everything.

He had always been an adventurer, and loved traveling to new countries, especially in South America. In 2018 he went on a tour in Colombia where he noticed many children running around and asked the tour guide why they weren’t in school. The tour guide laughed and replied, it wasn’t uncommon for children to drop out in order to support themselves. But these children never left his mind. He knew he wanted to help in some way.

After careful consideration, Stephen decided he wanted to pursue adoption to take care of a child who needed it. He finally decided to follow through in 2019 after encouragement from a friend and inspiration from watching the film “Instant Family.” Stephen learned about Kidsave in in January and discovered Summer Miracles kids would soon be traveling from Colombia. “It felt like destiny. I just had to sign up.”

No one could have predicted 2020 would make travel impossible, and because of covid, Summer Miracles had to launch virtually for the first time. Kidsave asked if he was open to getting to know siblings Santiago and Julian, ages 14 and 11, on Zoom. He said yes!

Stephen was nervous for the first virtual meeting, expecting some awkwardness from the nontraditional setting. The moment he saw two boys brimming with smiles on his screen Stephen says, “I knew that I was going to adopt them.” Although they hadn’t met in person, they’ll always treasure this moment, the beginning of their journey to become a family.

The two boys were natural comedians, their faces always briming with smiles on the screen. Even shy little Julian could never stop giggling during their calls. For 2 hours every two weeks, they would meet on Zoom along with other children and host families. Over time Stephen found the boys had an unstoppable imagination, something he resonated with. Their first “vacation” happened during a virtual Summer Miracles event. They “traveled” to Spain and Brazil! Stephen wrote an airplane script to make their experience feel more authentic. Right before he was about to tell the brothers to put their seatbelts on for the imaginary plane ride, Stephen was in awe to hear Santiago already telling his brother “buckle up.”

Stephen began the process of being approved for adoption in May 2020, and before the paperwork was approved, his heart was already set. Adopting without physically meeting was intimidating at first and “scared the living daylights out of me,” Stephen says. “It was a leap of faith.” But the virtual meetings at Kidsave made everything so sincere and organic, Stephen knew he wouldn’t have any regrets. 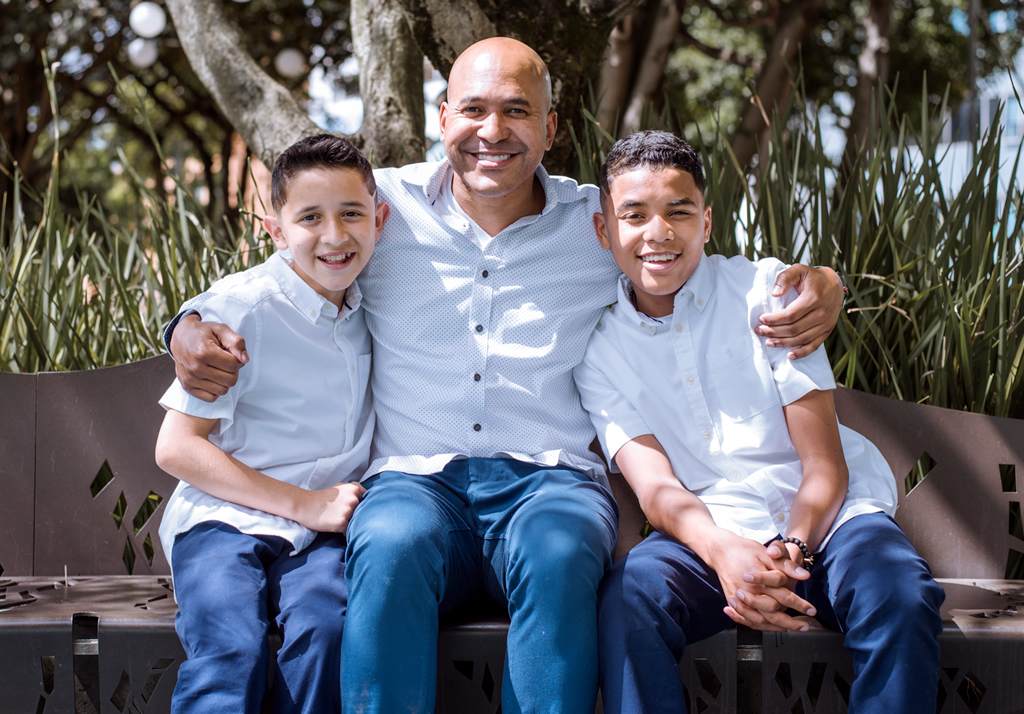 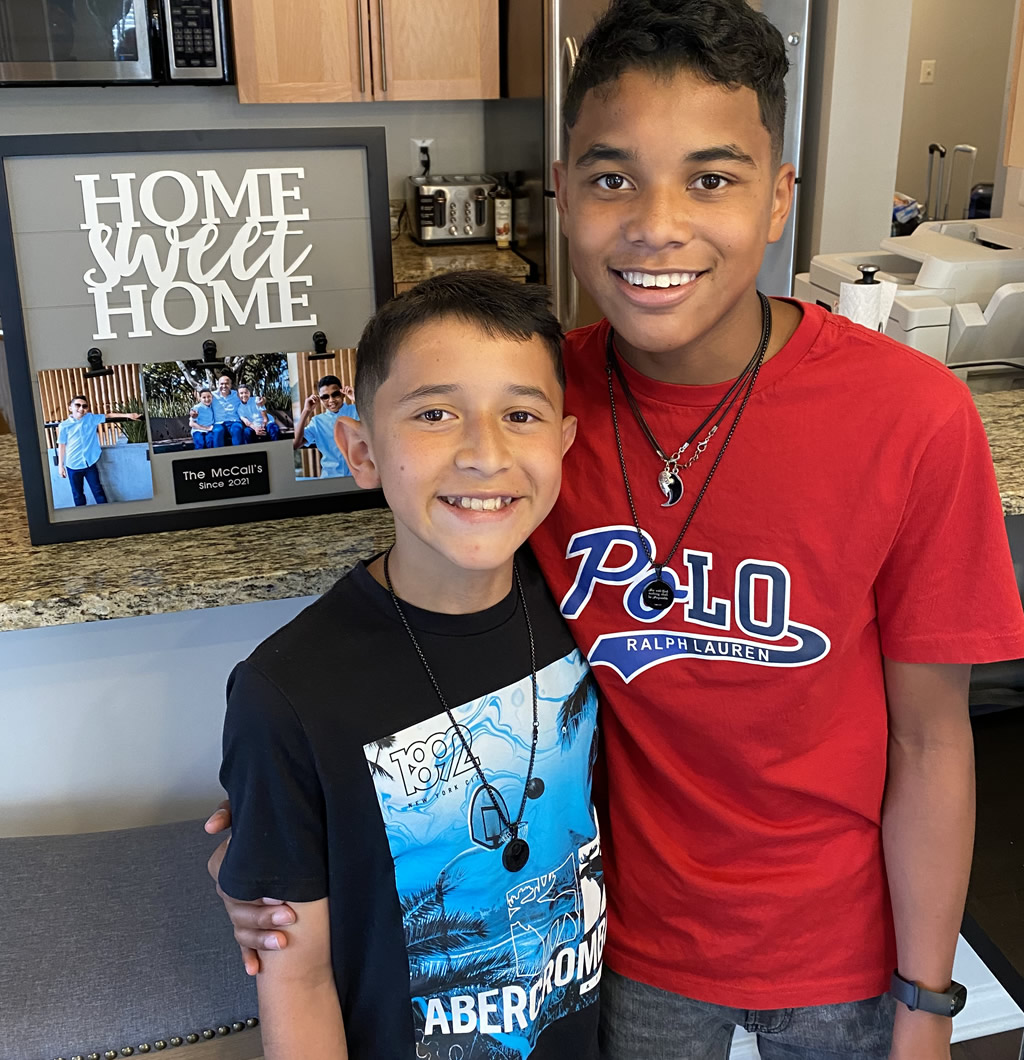 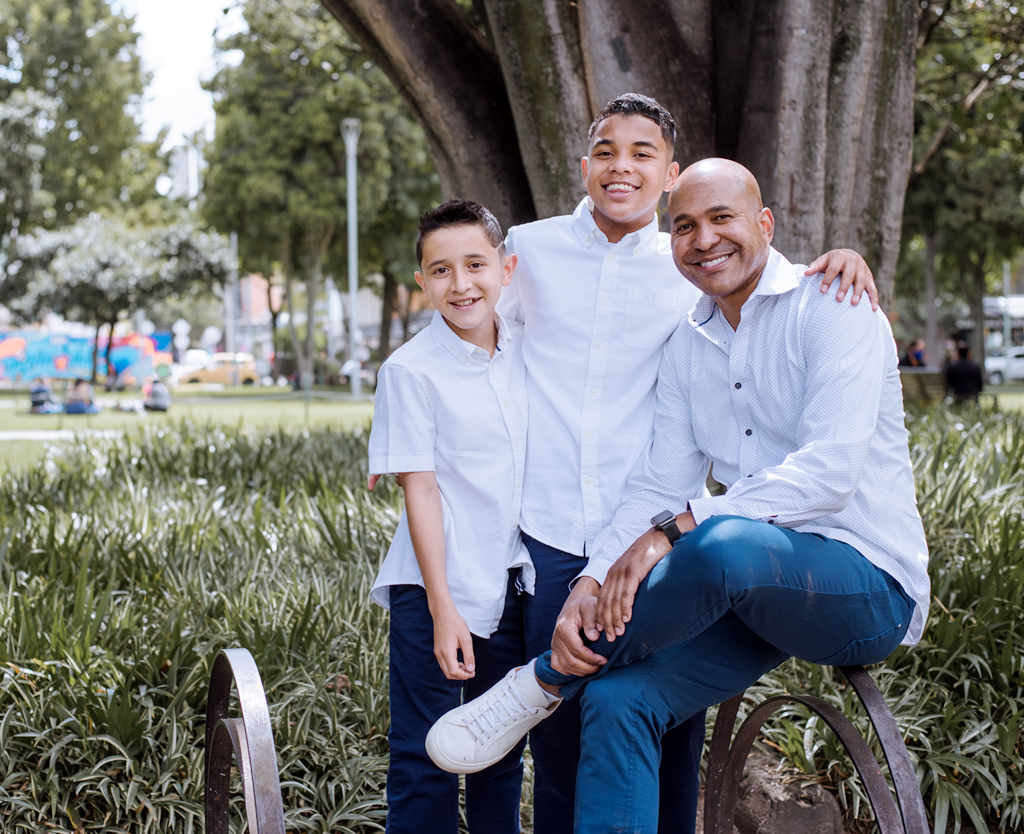 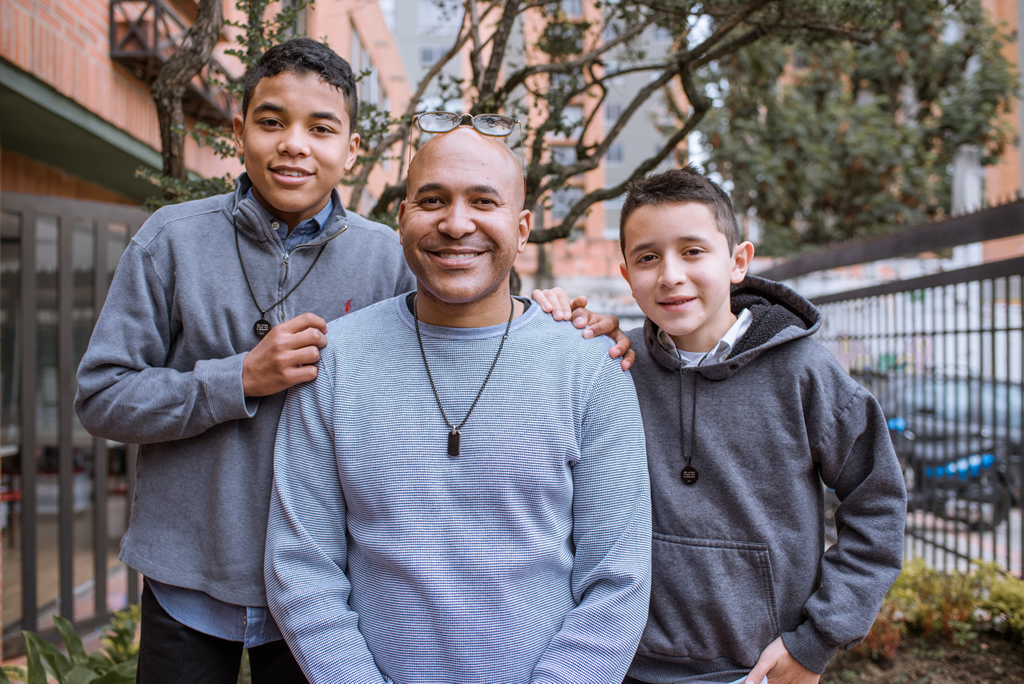 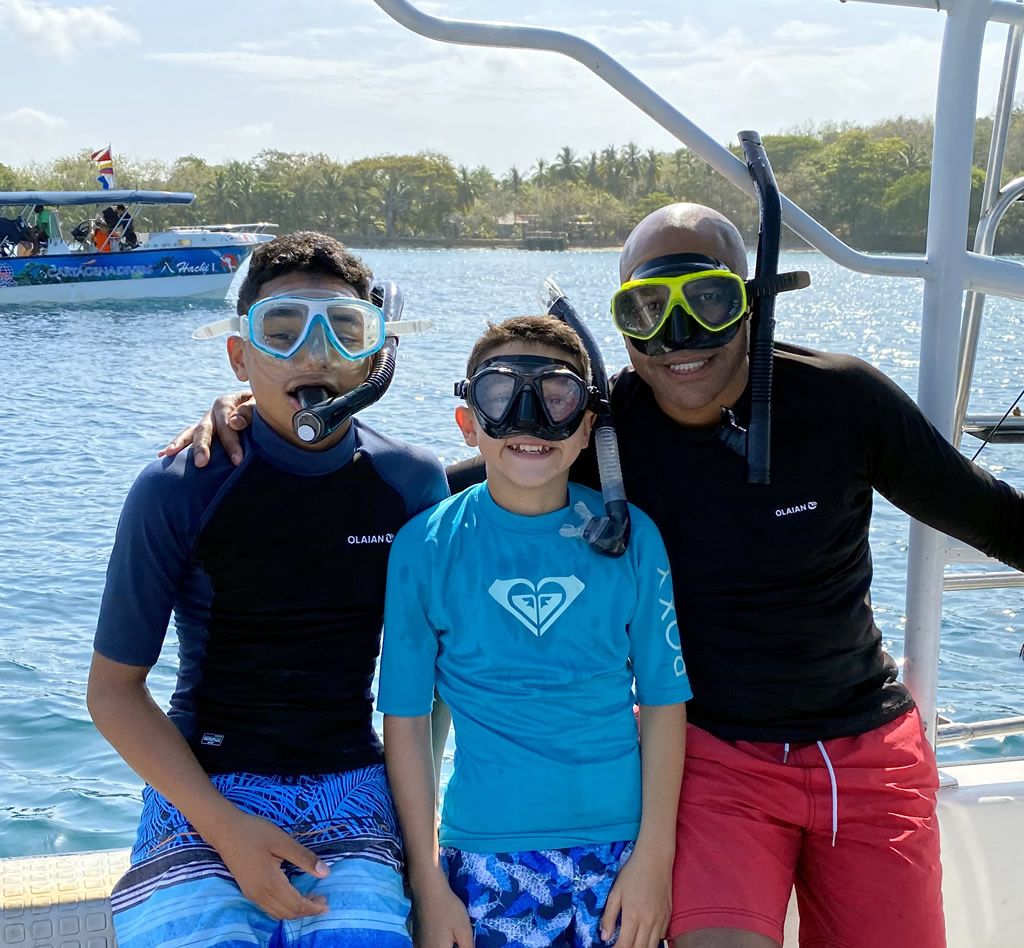 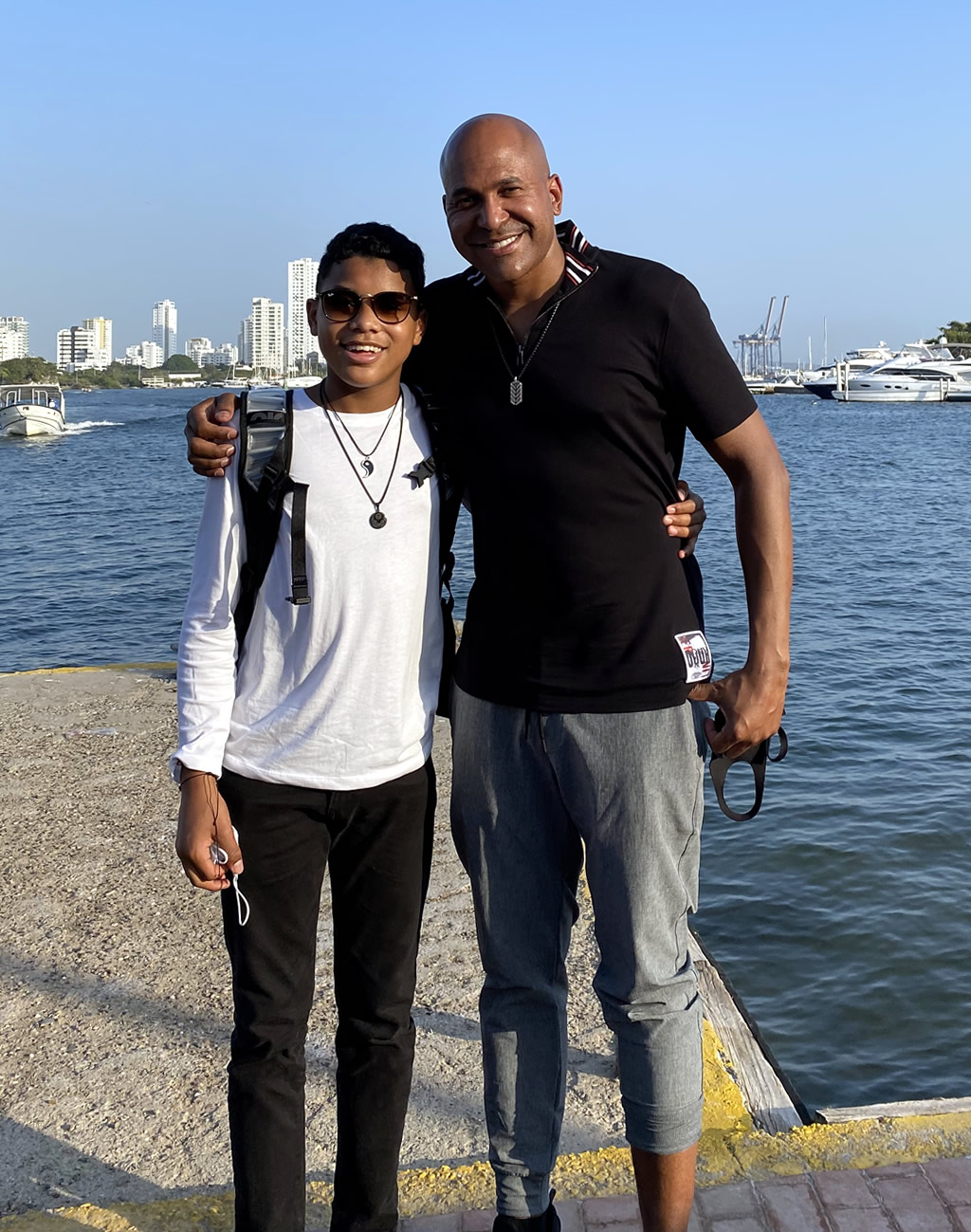 When the day finally came to pick up the boys, Stephen recalled being incredibly nervous, “I thought I was going to pass out when I actually gave them hugs,” he says. “But it was as if I already knew them. They weren’t strangers. I had built the relationship with them for the past six months, so it was very natural.”

Stephen felt that it was important that Santiago and Julian had memories of their home country and decided their first family vacation would be on the Caribbean coast in Cartagena, Colombia, where they snorkeled, rode horses, and swam in the ocean for the first time. Stephen says that since then they’ve spent every day together bonding as a family.

“I tell them tomorrow is not promised. We don’t have forever so we have to build memories now” Stephen emphasizes. Whether it’s playing board games, soccer, movie nights, drives to grandma’s, or eating meals together, Stephen doesn’t want to waste a single minute of their time together. As they call it, “Adventuras de la McCall Familia (McCall Family Adventures)!”

Stephen’s advice to future hosts and parents is to just try it out. “I know my situation wasn’t the most ideal considering it was a pandemic,” he says. “But from discovering Kidsave to meeting my kids in less than 12 months, that was all because Kidsave opened the door for families to get to know kids virtually. We would not be where we’re at today as a family if it wasn’t for the Summer Miracles.”

Since adopting Santiago and Julian, Stephen has realized while his value of family hasn’t changed, his perception of family has changed greatly. “I didn’t adopt to enhance my life or fill a void. My life was good. I was very happy. I was not lonely. I was not sad. I was very content with being single with no kids. Family was always number one for me. But now that I’ve adopted, I don’t know how I lasted until now, I couldn’t imagine living life without them.” he says, “Santiago and Julian McCall, my sons, my kids, my heart, who took their own leap of faith to say yes to a single dad. Because of them my dreams of becoming a dad came true!”