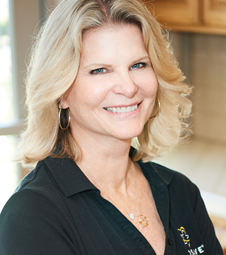 In Kidsave’s early years we often felt alone in our belief that older children who are growing up in government care need families to thrive. In those days, Kidsave’s co-founder Terry Baugh and I didn’t have anything on our side but passion and the belief that older kids needed families. Few advocates pushed to find families for older children because they were thought to be too old to be adopted.

And to people in child welfare, our child-specific advocacy approach challenged the status quo of sharing information about children in government care only with families already approved to adopt. We believed then, as we do now, that at some point in an older foster’s child’s life, the right to privacy can violate their right to a family. We knew we had to bring kids out of the shadows and help people meet and get to know them.

As we sought a way to move these children into families, we met amazing people, people who just got it! These allies took bold decisive action to change the way we think about older kids in institutions and foster care. Together we showcased these children’s individuality and brought them into communities, and ultimately, into families.

In Randi’s Corner, I’d like to take the opportunity to talk about some of the amazing people who fought for our programs in different parts of the world. One such person is Diana Serpa who propelled Kidsave’s impact in Colombia.

In late 2002 I met Diana Serpa at a Russian Embassy event. She asked that we come to her country to help. By this time, we knew that as much as we loved and believed in transformational change for individual kids through our Summer Miracles family visit program, it was merely a band-aid in terms of social change in child welfare. It is life-changing for each child we help, but it did not change the system.

So, for Colombia, I told Diana that the only way we’d bring our summer program there was if Colombia also committed to an in-country program to create local change. Diana introduced me to Doña Gloria, who ran San Mauricio, a children’s protection home in Bogotá. Together they set meetings with the Colombian attorney general and the head of ICBF, Colombia’s child welfare agency. From these meetings, our programs serving older Colombian foster youth were born.

Volunteer, Maria Isabel Reyes, joined Kidsave in Colombia and very quickly began working tirelessly to run and gain start-up funding for a local program. She introduced us to Martha Segura, who came on board to head up Kidsave Colombia for many years, running our Summer Miracles program while developing an in-country weekend program, Super Amigos.

Today, Kidsave Colombia has become Apego, an independent organization that continues to run successful family visits and mentoring programs for older foster youth countrywide. And Summer Miracles continues through our partnership with another change-making organization, Casa de la Madre y el Niño, and passionate advocates, like Lorena Vargas. As for system change: the Colombian government has now made family visits for older children the primary strategy for placing children over the age of 10 in forever families.

And my friend, Diana Serpa, who introduced Kidsave to Colombia so many years ago, is still intimately involved with transforming kid’s lives, preparing Summer Miracles children for adoption.

When I think about Diana, Gloria, Maria Isabel, Martha, Lorena, and countless others who launched our other programs, tireless advocates for kids, I always remember these words:

Never doubt that a small group of thoughtful, committed, citizens, can change the world. Indeed, it is the only thing that ever has.’