Previous Next
Reflections On Father’s Day 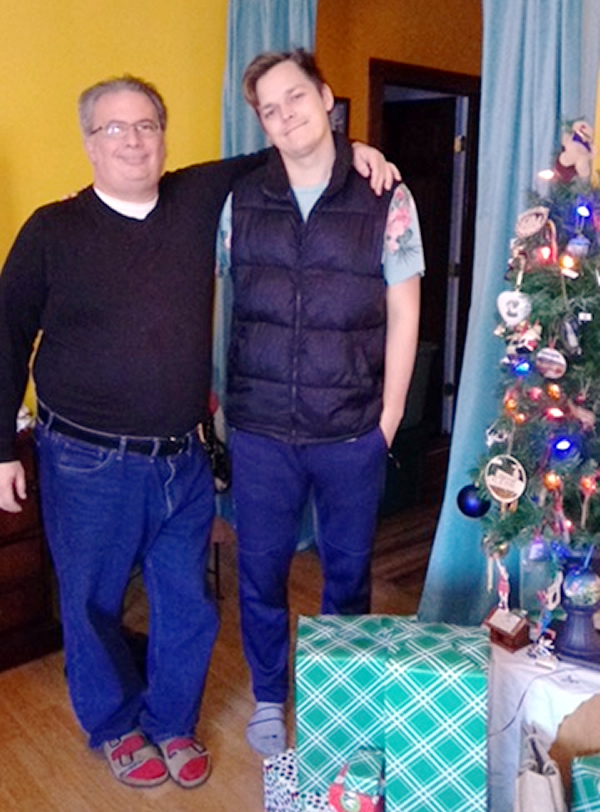 On Father’s Day, Sean reflects on his father. “My dad came to America at 17 years old, served this country in the Marines, and served as a NY police officer. His goal was for his family to have a better life. He worked hard and worked multiple jobs to provide for the family. This sentiment for a better life for his family grew when Sean and his wife, Christine, learned about Kidsave and discovered that older kids from Kidsave’s Summer Miracles program were coming to Catskill Marina to meet families interested in adoption. Intrigued about the event, Sean Christine decided to go. That day changed their lives forever.

Sean remembers the moment he first saw Zhenya at the Catskill Marina. “Kids were running around, kicking and playing with the balls,” said Sean. “One of the balls landed in my hands, when I looked up, right across from me was Zhenya,” Sean recollected while tearing up. “Zhenya was the only kid I interacted with that day.”

When considering hosting, Sean was uncertain of the idea because he heard that older children have a hard time bonding with new families. Sean didn’t know if there was any truth to it, but he and Christine decided to continue the hosting experience step by step and began hosting Zhenya. “The first night we had Zhenya in our home, we decided to adopt him! “We knew we could bond with him because the first night Zhenya stayed in our home, he was sick with sadness because he realized that his previous host family could not adopt him. “That broke his heart, said Sean. But Sean and Christina spent the night comforting him. Within a matter of hours, we were bonding, playing soccer, videogames, and chess.” This night set the stage for a beautiful summer together. Read Zhenya’s story to get his perspective.

When the Summer Miracles program came to an end, Sean and Christine made a goal to have Zhenya back home by Christmas. That December, they traveled to Siberia to pick up their son just a few days before Christmas. To help Zhenya assimilate into his new culture, Sean and Christine moved their home into town. Just a few doors down from their home lived a Russian family with two boys, Zhenya’s age.

Sean recalls one of the greatest moments when Zhenya called them mom and dad. “It completely caught us off guard,” said Sean. “We weren’t expecting it. He had said it as if he had said it a thousand times. But we both paused.” One of the most rewarding experiences for Sean was being an assistant coach for Zhenya’s football team. “We both have a love for sports and both New York Giants fans. Going to his practices, watching the games was a highlight for us, Sean remembered. “It was amazing to be able to share that with him and bond. I finally had someone to share football with. It’s a tradition when he comes home, that we watch football games together.” One of the proudest moments for me was when he got to college and received his acceptance letter to Buffalo State College. He has come so far, and now he is looking into master’s programs.

The most challenging part of having Zhenya was watching him get used to his new school and environment,” said Sean. “He is remarkable! He was able to adjust and figure things out on his own and became one of the most popular kids in school. He is resilient.”

“As parents, we are very hands-off,” said Sean. “We did not choreograph his life. He did what he wanted to do. We pushed education and wanted him to go to college. If I could give Zhenya some advice, I would tell him to stay the course. He has always pursued art. Stay close to your art, and don’t lose sight of it. That will help you stay balanced in your life.”

“For anyone interested in adoption, my advice is to do it, for sure, said Sean. “There is such a tremendous need out there and so many kids looking for families. Find families who have done it successfully. Speak to them. Find an organization like Kidsave that have done this successfully. If you can adopt an older child, that’s where the greatest need is. Avoid negative feedback. Don’t let anyone deter you from moving forward.”

“Being a father, at some point, your life must become about more than yourself,” said Sean. “You have to be living for more than just material wealth and things that you want. Up until we adopted Zhenya, I was working really hard, making money, achieving in my career. When we decided to adopt Zhenya suddenly, my life just became so much more meaningful. Fatherhood is about taking care of your family, looking out for loved ones, helping them grow and nourish them. Help build better and more involved citizens for this country. I hope that someday Zhenya has the same experience himself.”

Fatherhood has made Sean more invested in his community. “Before Zhenya came into my life, I wasn’t involved in local boards or organizations. When Zhenya came along, we got involved in schools, sports teams, a couple, not for profits. It was all about making the community better. You’re trying to create a better world for your child. You do it, one child, at a time, but if everyone is doing it, you’re creating a better world. That’s what Father’s Day is about. Adopting Zhenya and going through the whole process was the best decision I have ever made. Once we did it, we reevaluated all of our values, which made Christine and I better people.”