If you ask Carol and Ken Sprang what first drew them to their son, Chris, they will tell you they simply fell in love with him over the course of their first summer together in 2005. There was a special intangible something that they experienced—perhaps his dimpled smile, perhaps his big heart—a special “something.”

Carol and Ken first met then 10-year-old Chris when he arrived from Colombia as part of Kidsave’s Summer Miracles – a program that pairs older kids in foster care and orphanages overseas with U.S. host families for a summer visit. These kids have little chance of being adopted in their home country, and hosts, like Carol and Ken, help kids find a forever family or choose to adopt themselves.

Initially, adopting Chris was not their plan. They had two older children in their 30s. “We were empty nesters,” Ken says. But when they learned about Kidsave, they still were willing to host and help a child. They were told that Chris, who they would soon host, struggled with anger issues and lacked empathy. However, Carol is a psychotherapist, and they had gotten two older children reared successfully, so they were ready for the challenge. The wonderful surprise was that they discovered a young boy with a loving heart who needed the guidance of his parents. There were some modest anger issues to work through, but any suggestion that Chris lacked empathy was simply wrong. Ken and Carol have enjoyed watching that empathy strengthen and evolve as Chris has grown to young adulthood.

“Right from the start,” Carol and Ken say, almost simultaneously, “he’s never been anything but very empathetic.”

As summer 2005 approached, Carol and Ken were eager to meet Chris and planned to help find his perfect forever family. Little did they know, it would be them!

Over the five weeks of that summer, Carol and Ken attended Kidsave events with Chris where the Summer Miracles kids could have fun and meet caring adults interested in adoption. Ken and Carol also bonded with other Kidsave parents during that first summer, some of whom have remained good friends. Carol and Ken have remained enthusiastic Kidsave supporters – Ken served on Kidsave’s Board for a time. Still, their most meaningful connection was with Chris. But they weren’t the only family forming a relationship with him!

“There was another family that was interested in adopting Chris that we had met at one of the events,” Carol shares. The knowledge that Chris could become someone else’s son led to some soul searching for Carol and Ken, who were becoming attached to Chris. “Over the course of the summer, he had met our extended family, and I have several nieces and nephews that were his age, and they just embraced him,” says Carol. Chris’s personality was so welcoming. It was easy for his host’s family to love him. Carol and Ken noticed how sweet Chris was when interacting with younger children. He was willing to get down on the floor and play with his younger cousins – a trait that would remain well into his adolescence. Before Carol and Ken realized it, Chris had become part of their family.

When Chris returned to Colombia at the end of the summer, Carol and Ken decided to adopt him and traveled to Colombia to get their son. Ken remembers Chris running towards him with joy, “he was 10 years old, so he was about so high,” he says. Now Chris towers above both parents, “he’s about 5’10, but back then, he was small.” “I could lift him then, and he just jumped into my arms,” Ken remembers proudly.

“Over the course of that time, the bond just kept growing” Carol recounts their time with Chris in Colombia. “I can still remember, I was with Chris when we got word that the judge had signed off,” she describes the moment the judge approved their adoption. She recounts Chris’s excitement, “They call it ‘sentencia,’ and I can still remember him jumping up and down on the bed saying ‘sentencia! sentencia! sentencia!’” Carol remembers, as any loving mom would, “it was just so sweet, I’ll never forget that moment.”

The genuine affection among the three of them was apparent to everyone. “Normally, the welfare folks ask the adoptive parents questions to make sure they are ready to adopt,” Ken shares. “But after seeing us interact, they decided they needed nothing further.” So, Chris was adopted, and they’ve never looked back.

Since Chris’s adoption almost 16 years ago, he’s enjoyed growing up with his family, playing sports, and traveling together. “He’s very athletic and an avid soccer player,” says Carol, remembering all the Saturdays they spent cheering him on at his games. “We also supported Chris staying in contact with his family back in Colombia, and he visited a few times,” Carol shares, “we think it ultimately helped his adjustment; he had no attachment issues.”

Honoring Chris’s love for dogs, the family adopted a mixed breed dog with Chris in the fall of 2006. Chris and his pup, Autumn, were inseparable. Even when he was away at college, one of the highlights of coming home was his time with Autumn. He also “dog sits” from time to time these days, and all the neighborhood pet owners love him.

“We love to travel,” Carol beams. Carol and Ken were excited to watch their son’s curiosity and warmth grow with each trip. “He savors the cultures of each country he visits,” Ken shares, “he loves going to the flea markets, interacting with people, and exploring different foods more than exploring museums and the like.”

Now, as an adult and a new college graduate, Chris is ready to take his adventurous nature to the next level, “After graduation, he’s going to go backpacking around Europe for a few months,” Ken says, “it will be a good exercise in independence.” He will begin job hunting in earnest when he returns, with a clearer eye as to where he wants his career to take him. In the meantime, he is working hard at a restaurant and saving his money.

Carol and Ken have always admired Chris’s desire to march to the beat of his drummer. “He’ll listen and take advice,” Ken says, “but he likes to go about life in his way.” This combination of empathy and independence was evident right towards the beginning when Chris chose his name.

When Chris came from Colombia, his name was initially Guillermo. He viewed his adoption as the start of a new life and, like most adopted Kidsave kids, elected to change his name legally. Chris was young at the time, only 11, but was serious about wanting his name to represent his connection to his new family. “He was sitting in the closet – which, for whatever reason, was fun for him back then – and he poked his head out and declared his new name,”— Christopher William Allyn Sprang. The decision he made touched Carol, “he decided to name himself after members of our family. First, middle, and last.” Christopher is the middle name of Carol and Ken’s oldest son, William is the English translation of “Guillermo,” and Allyn is Ken’s middle name. Proudly, she shares, “He chose that name, and I think it was important to him to do so.”

At Kidsave, where we believe that all kids in foster care deserve a voice and a choice in their destiny, we couldn’t agree with her more. 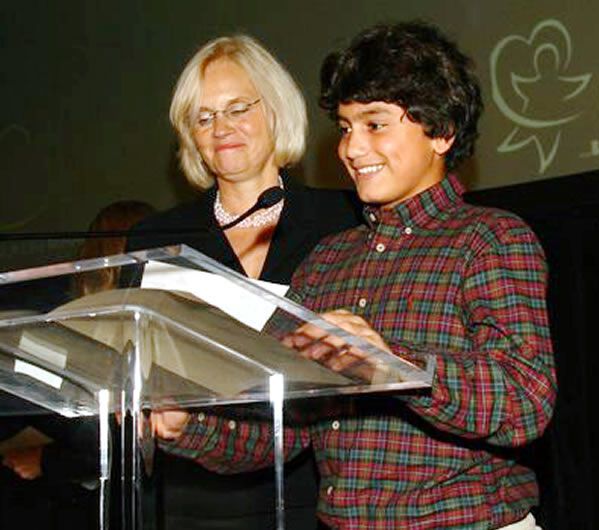 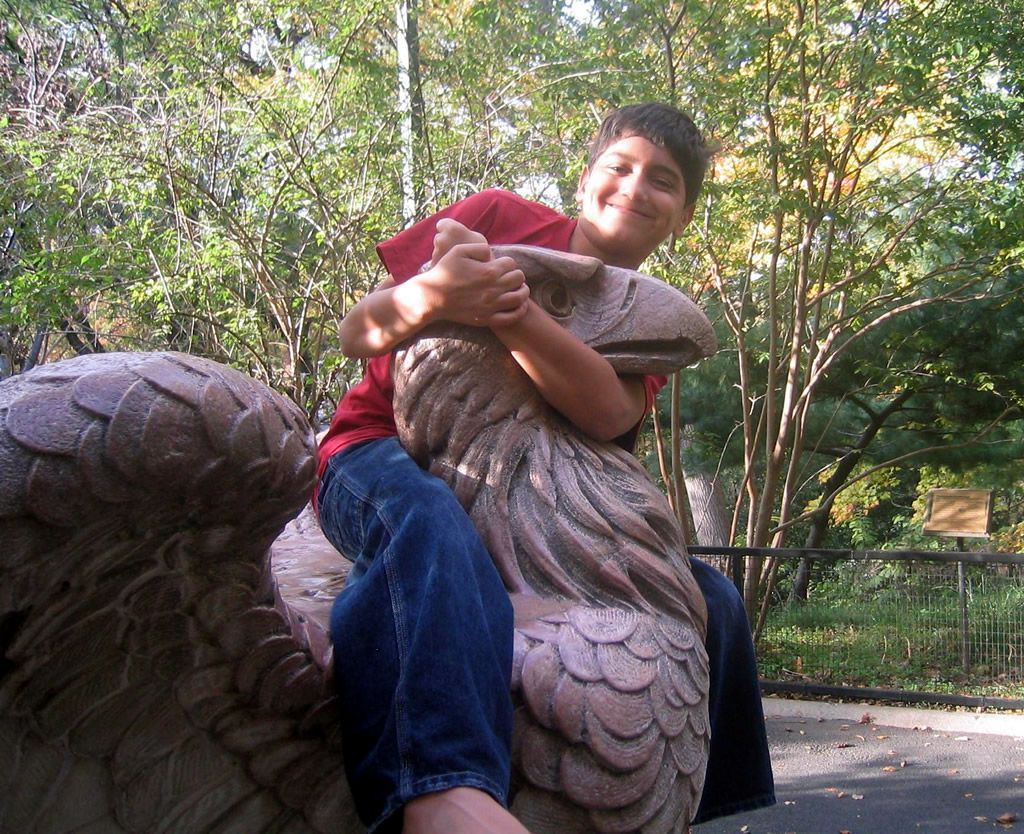 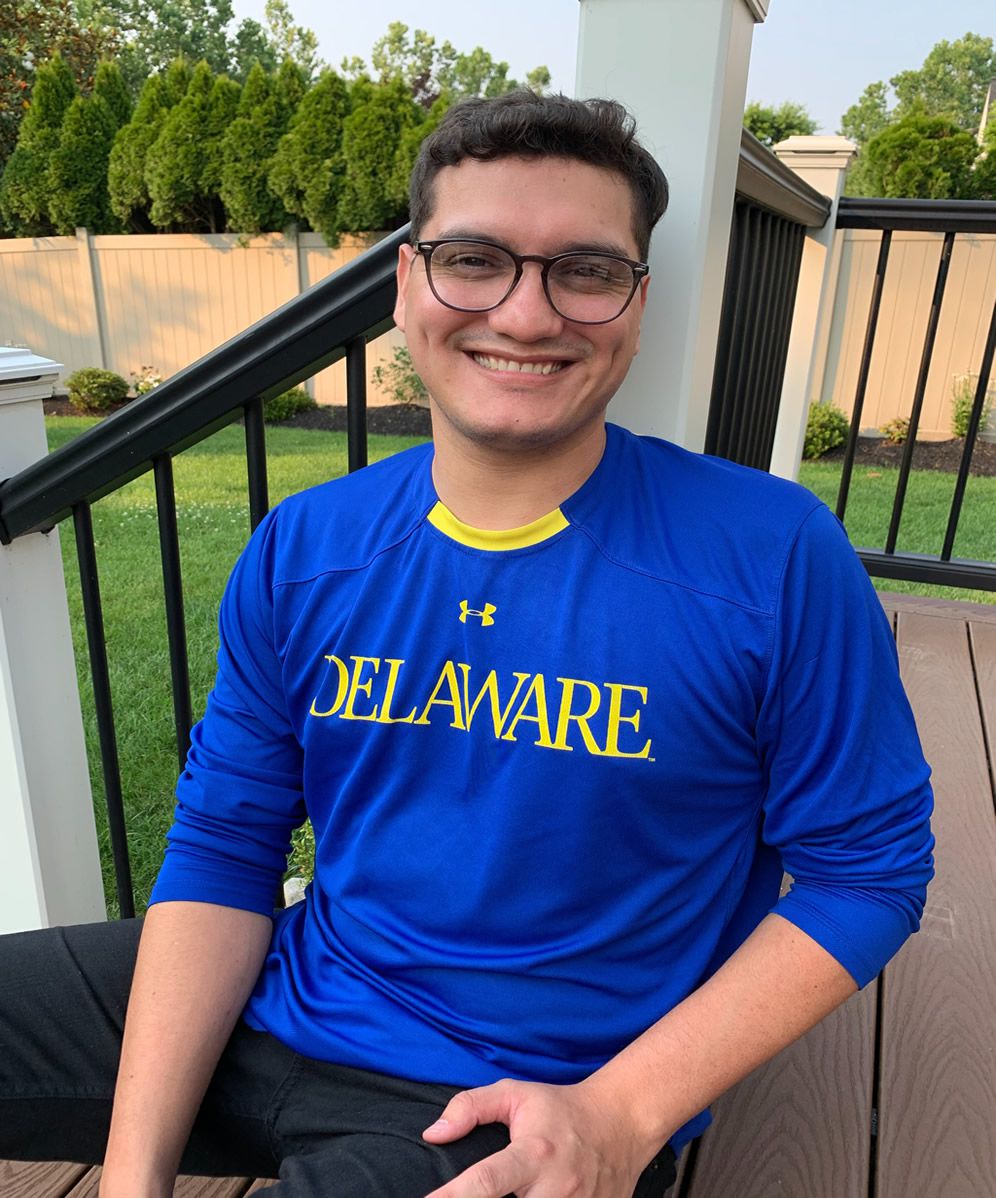 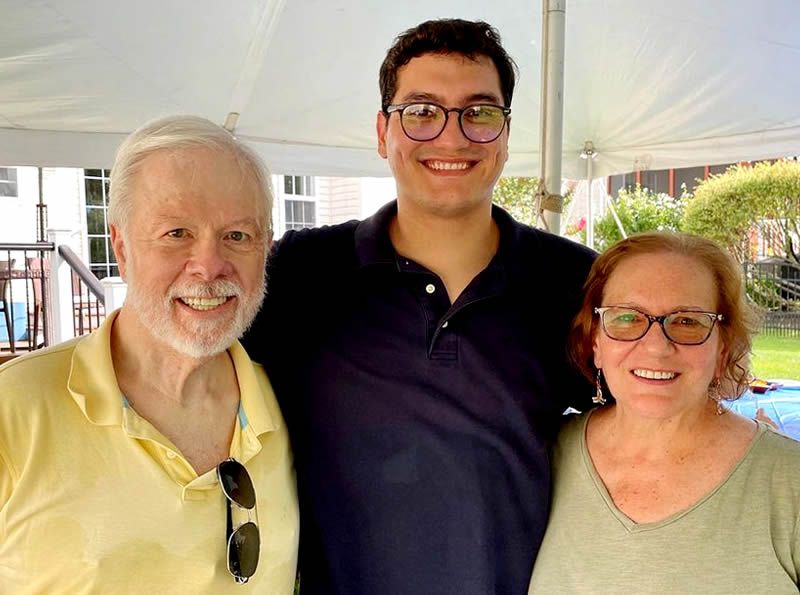