While every adoption is something to celebrate, Kidsave recently celebrated a big adoption milestone in Texas! On April 1st, Charles became the first kid in our Weekend Miracles Houston program to find his forever family.

Charles was 16 and near aging out of the system when he met Larry. For kids in government care, aging out can be a nightmare. It means being thrown out into the world without a solid support system and with limited resources. An overwhelming number of kids who age out of the system find themselves homeless. This was a big fear for Charles before he met Larry.

Larry wanted to adopt for a while and had a history as a foster parent. “I found Kidsave by luck of the draw,” says Larry, “I was scrolling Facebook and found Kidsave.” Larry’s been interested in mentorship since he was Charles’ age and was often placed in leadership roles growing up. “I didn’t run, but I was voted Vice President of Northside National Little League,” he says. His desire to help younger people has continued and he always dreamed of adopting.

Charles and Larry met at a Kidsave event in July 2021 and instantly bonded over a shared love of nature. Larry has a background in law enforcement and military—two career paths that fascinated Charles. Larry was happy to answer Charles’ many questions about Army life. At the end of the event, they were each able to fill out an evaluation form indicating which people from the event they wanted to continue to get to know. Charles and Larry each picked only each other.

From there, the two made an effort to meet each month! Between July and September of 2021, they had in-person visits every weekend. They were able to go fishing, hunting, and hiking, along with mid-week Zoom calls where they enjoyed multiplayer online games. Through these visits, they were able to get to know each other, and it wasn’t long before Charles felt comfortable with moving in with Larry.

In September 2021, Charles moved in, and his life immediately changed for the better. He began laughing more, performing better in school, and working to pursue his dream of joining the Army. Charles began ROTC training to become an officer, and he says he couldn’t be happier. By January 2022, they were ready to move forward with the adoption process.

The adoption was finalized on April 1st, 2022—which just happens to be Charles’ birthday! “I can finally put the past behind me and start all over again,” says Charles. When thinking of other kids in foster care, he gets a bit emotional. “Just never give up,” he says, “it may take time and seem hopeless, but there’s a family waiting for you.”

When asked about his dreams for Charles, Larry says “I do know it’s gonna take time, especially since his childhood experience was unusual, but I hope one day he’s completely independent.” Like any parent, Larry wants Charles to soar despite turbulence. “So what if we’re a little later than others,” says Larry, “we’re still taking the journey.”

Some of the Kidsave staff who have known Charles since the beginning were able to attend the adoption and watch him get his happy beginning. Tabitha says, “You could see the joy on Charles’ face when the judge announced him as a Finley.” 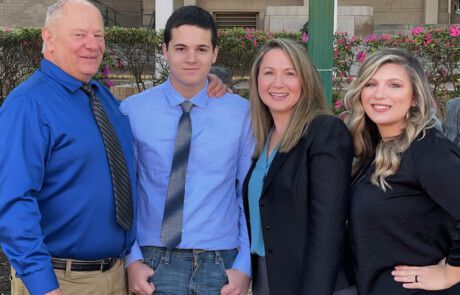 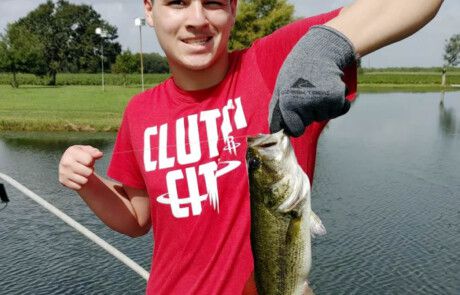 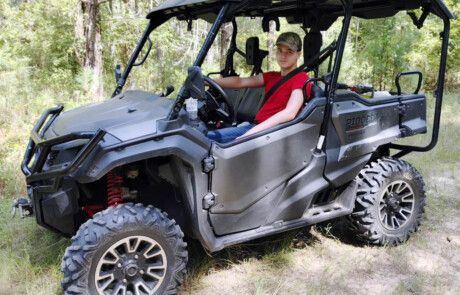 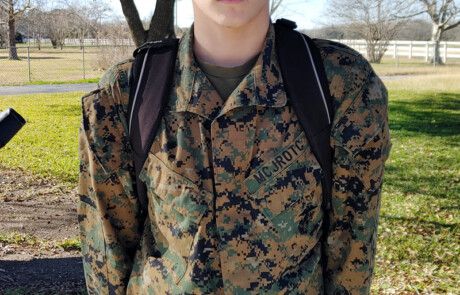