Previous Next
LOVE KNOWS NO BOUNDS 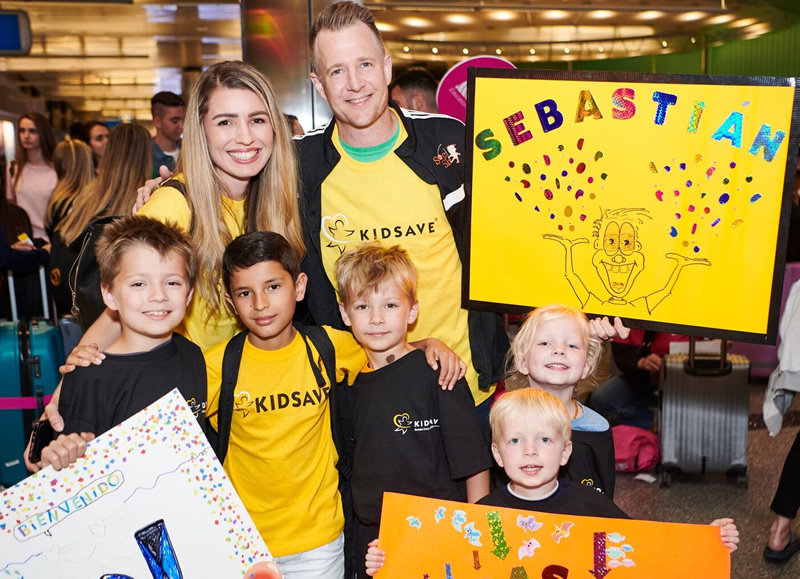 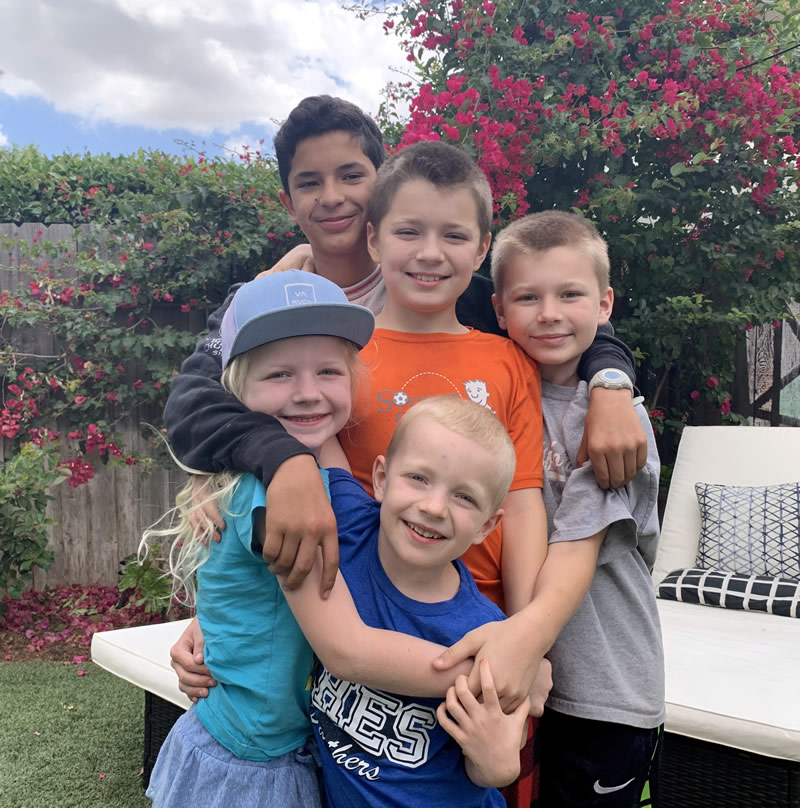 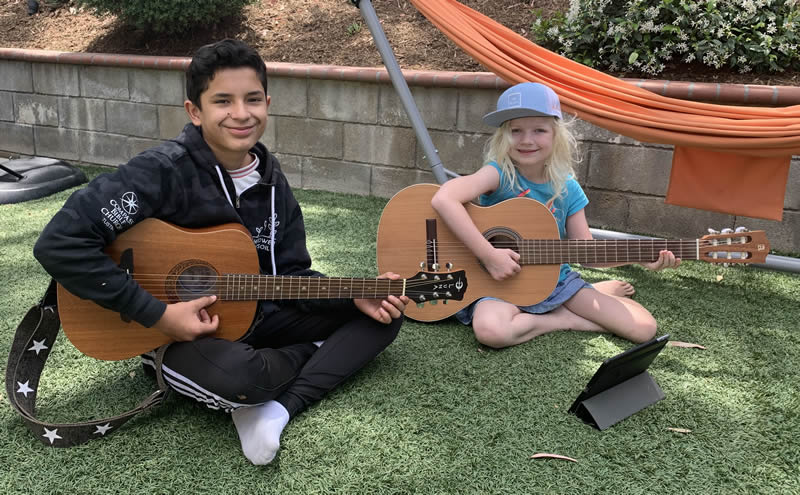 In 2019, the Barkey family of six grew by one after hosting and adopting, 11-year-old Sebastian from Colombia through Kidsave’s 2018 Summer Miracles program. In the two years since the family began their Kidsave experience, they’ve celebrated many milestones together including Sebastian’s adoption and his becoming a teenager.

We decided to reach out to the family to see how the family is fairing during COVID-19 and get a glimpse at how far Sebastian has come. In a house with five kids, we wanted to know how the family was keeping their kids entertained, and if they had any tips for families in this time of social distancing and homeschooling.

Having homeschooled their kids before COVI-19, the Barkey family had a bit of a head start on managing the educational demands of lockdown. Their advice is don’t overstress what you are trying to accomplish each day but rather look at your goals and accomplishments a week at a time. “A lot of people who are homeschooling don’t realize that with traditional homeschooling you don’t do the same amount of work every single day, you take it based on how the kids are managing. Some days you do more while others you do less, and that’s okay,” said Amanda.

Having space within the structure is key to making sure the days don’t blur together. Parents Amanda and JoBen break up their day by going for a walk every evening. They call it “getting off-campus.” On their walk they have a chance to see their neighbors having dinner outside and have a chance to get some exercise while socializing from a distance.

The family spends as much time outdoors as possible, enjoying water fights, drawing with chalk, going on walks around the neighborhood, and playing basketball. The kids also enjoy playing with Legos, reading, listening to music, watching movies as a family, and wrestling.

This time of change is nothing new for Sebastian. As an 11-year-old from Colombia living with a new family in America, change was part of his day-to-day. Not speaking English initially, Sebastian found different ways to communicate and be a part of the family.

Sebastian says if he could give some advice to kids going through the Summer Miracles program, not speaking English, and living with a strange family for the summer, to “not be so nervous, have fun, and be themselves.” He observed, “When I first met my parents, I thought that because they spoke a different language their laugh would be different from mine. I was very surprised to hear that they were the same as mine.”

“It’s a testament to what the kids feel like when they are first going through the process of meeting host parents, kids really don’t know what to expect,” said Amanda. After Sebastian was adopted, the family used an app called Duolingo and in just three months, he was speaking English. “It’s important for the kids and parents to have an open mind,” said JoBen.” Communication is not just language. Don’t just sit in silence because it is way more difficult and awkward to be in silence than saying a word wrong.”

For Amanda and JoBen having four kids of their own meant bringing another into the family wasn’t a big adjustment for them. “It’s just the new normal… we have never parented an older kid so sometimes we face new stages of his development,” said JoBen. “I think in a way it’s easier because Sebastian didn’t grow up hearing all of my Dad jokes, so they are still fresh.”

But change isn’t always easy. Sebastian struggled going to public school initially after being homeschooled by Amanda in the first year. “He worried other kids would pick on him because he read and wrote at a 4th-grade level, while in the 6th grade,” said JoBen. He reminded Sebastian that he went from only being able to speak Spanish to learning how to read and write English up to a 4th-grade level in just 8 months. “If anyone makes fun of you, you ask them how old they were in the 4th grade. Remind them that it took them about 10 years to learn what you learned in just 8 months.”

Now with two languages under his belt, Sebastian is keen to learn more and is a very motivated student. As his younger sister points out, “He wants to learn seven languages and does his studies on his own.”

At 13, Sebastian is your typical teen. According to JoBen, “Sebastian is trying to manage how to be a teenager around his parents. So there’s lots of listening to music on the hammock.”

Celebrating the arrival of his teens was a big deal for his family, and Sebastian celebrated the day with all things chocolate. The family has a tradition of having doughnuts and chocolate milk for breakfast. He asked his parents to spread his gift opening throughout the day. One of his gifts was an mp3 player, a perfect gift for a teenager. The family finished their night have hamburgers and chocolate cake. Sebastian says he loves that he can play with his brothers and sister. “In some families, kids don’t have brothers and sisters.”

Sebastian is excited for what this new year will bring when school reopens. He also looks forward to participating in his Church’s weeklong overnight camp for youth.

We are so proud to see how far Sebastian has come in just two years. The Barkey family truly shows us that with love, support, and stability, older youth from orphanages have the chance to strive, succeed, and become who they are meant to be.