The Wonderful Feeling of Becoming a Mother

Previous Next
The Wonderful Feeling of Becoming a Mother

“Just jump in and have a little faith.”

After a long and exciting day of soccer camp, Jose Paulo says goodbye to all the new friends he has made, while his host Stefanie Epstein hears how wonderful her child is from the other parents and the coach. Walking through the park to the parking lot, Jose holds on to Stefanie’s hand tightly and lovingly, as if he’s been doing so all his life. Filled with love and joy, Stefanie’s eyes tear up behind her sunglasses because, at this moment, she feels like a mother for the first time.

Several years ago, during her synagogue’s Yom Kippur services, Stefanie happened to notice a mother, father, and young teenage boy seated together. She thought they were so sweet and loving with each other. After the service ended, Stefanie felt compelled to approach the mother and told her she’d never seen a teenager be so openly affectionate with his parents for such an extended period. The mother held Stefanie’s hand and told her the wonderful story of how they found their 13-year-old son through Kidsave. It was that special encounter that first started Stefanie on her journey of becoming a mother.

Stefanie began her Kidsave experience by attending events as a “visiting family,” which gave her the opportunity to spend time with the kids and their families. “Becoming a visiting family gave me a chance to familiarize myself with the process until I felt ready to host a child in my own home the following year,” said Stefanie.

In June 2019, standing in the airport, Stefanie saw her host child, Jose Paulo, getting off the plane and walking towards her. “He was so adorable,” recalls Stefanie. “He was so tiny and so cute. He was shy at first, but instantly I had a great feeling about him.” And so, their adventurous summer began.

That first night, as soon as he walked through the door, Jose Paulo sat on the couch, petting and cuddling Stefanie’s two small dogs with a big smile on his face. Stefanie prepared what she was told was Jose’s favorite meal –fried rice –and Jose seemed to feel right at home. “Immediately, he was comfortable being alone with me, which just warmed my heart,” said Stefanie. “I just thought he was good-natured, easygoing, and so brave for being in a foreign country and staying with a stranger.” Despite their lack of a common language, Stefanie and Jose never had any communication issues. Stefanie had learned a little Spanish beforehand, they utilized Google translate and miming, and held full conversations. They laughed a lot.

Over the summer, Stefanie and Jose Paulo kept themselves busy with fun adventures and activities. They went to Disneyland and rode roller coasters until they cried from laughter. They spent the 4th of July watching fireworks and went to the park to play soccer and basketball throughout the summer. Stefanie took Jose to friends’ pools and the beach, where he became a strong swimmer. He went to a general summer camp for one week, as well as a soccer camp, and loved both. Jose Paulo was also a bit of a homebody, hanging out with Stefanie and the dogs, and playing cards, board games, and video games. Stefanie even came to learn Jose’s preferred way of eating out. “He didn’t like eating in restaurants because he would become impatient waiting for his order but one day after camp, we were stuck in traffic and he was starving, so we went to a drive-through,” remembered Stefanie. “He got his food immediately and without leaving the car, and to him that was heaven.” With each passing day, Stefanie could envision herself being Jose’s mom.

Jose Paulo and Stefanie also attended numerous Kidsave events. “Kidsave always plans fun activities, whether it involves art, sports, a picnic, or bowling,” said Stefanie. “It’s always a great time, and the kids love it because they get to see the kids that they met in Bogota, Colombia before they come for the summer.” Jose was such an affectionate boy, always wanting hugs, and at the end of each day, Stefanie would read to him before bed.

At the end of the summer program, Stefanie was emotional to see Jose Paulo return to Colombia, but she also had a wonderful secret. “I loved having him here, but what Jose didn’t know at the time was that I had already started the adoption process months before so that I could get him back home to me faster,” said Stefanie. In November, Stefanie traveled to Colombia to finalize the adoption process and pick up her son. It only took them 3 hours to get reacquainted before Jose started to refer to Stefanie as “mom.” The adoption ceremony was on December 3rd, then Jose Paulo and Stefanie flew back to LA a week later. They celebrated Chanukah together, and Jose loved the 8 days of presents and bonding with his new family.

“If I had advice for families interested in adoption, I would say don’t let the fear of the unknown stop you,” said Stefanie. “Sometimes, you don’t find the perfect match right away and sometimes things don’t work out. Just jump in and have a little faith. Get to know the Kidsave program, be a visiting family if you want to learn about the kids and how the process works, host for a summer, and get a better idea of what kind of family you want to build. You can also advocate and help a child find the right family.”

Before Kidsave, although Stefanie knew she wanted to become a mom, she didn’t know how it would happen. Kidsave helped her realize that there is a whole world of children out there to love. “I would have never thought to adopt an 11-year-old boy from Colombia, and now he’s the love of my life, and I’m so lucky to be his mom,” said Stefanie. “The model of hosting is genius because you can see what it’s like to have the child in your home. It’s wonderful that the kids get a chance to choose you as well because when they become an orphan their choice gets taken away from them. For them to have a say in their future is a beautiful thing.”

Today, Jose Paulo is a happy, hilarious, and athletic 12-year-old boy who enjoys playing basketball, soccer, and video games with his friends and being a homebody with Stefanie and their dogs, Olive and Enzo. 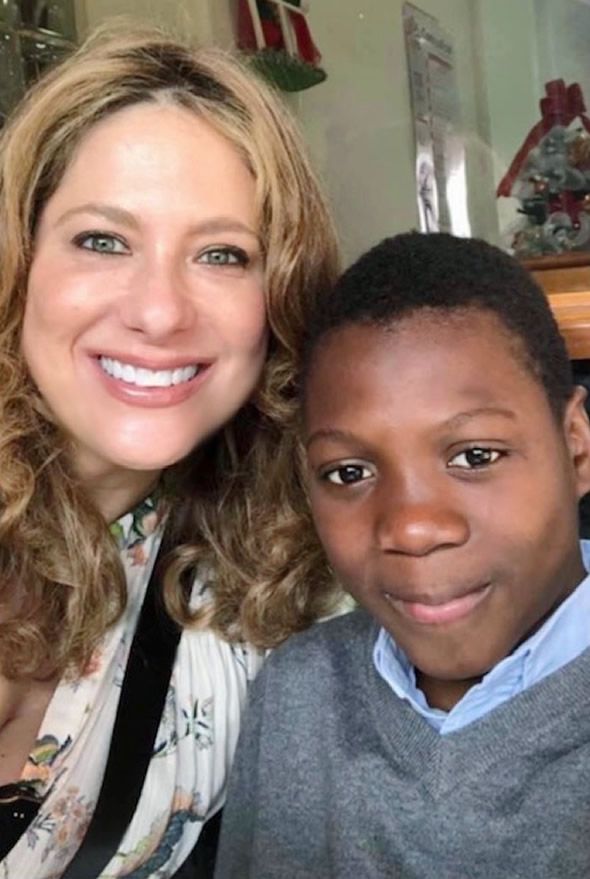 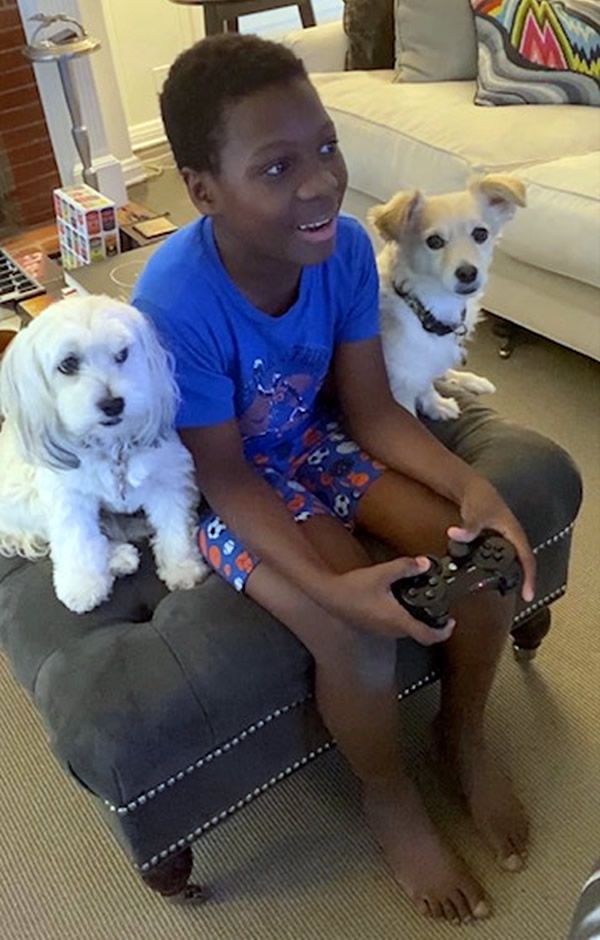 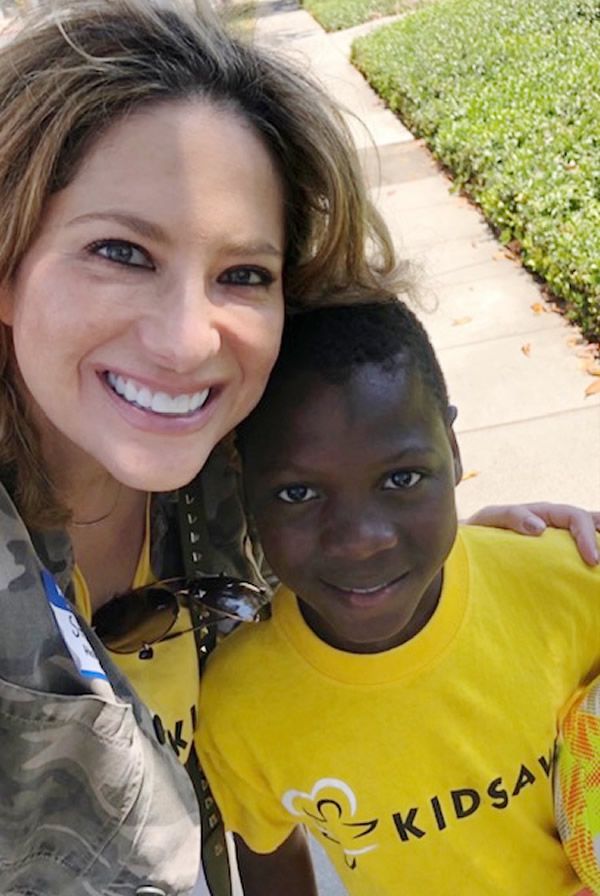