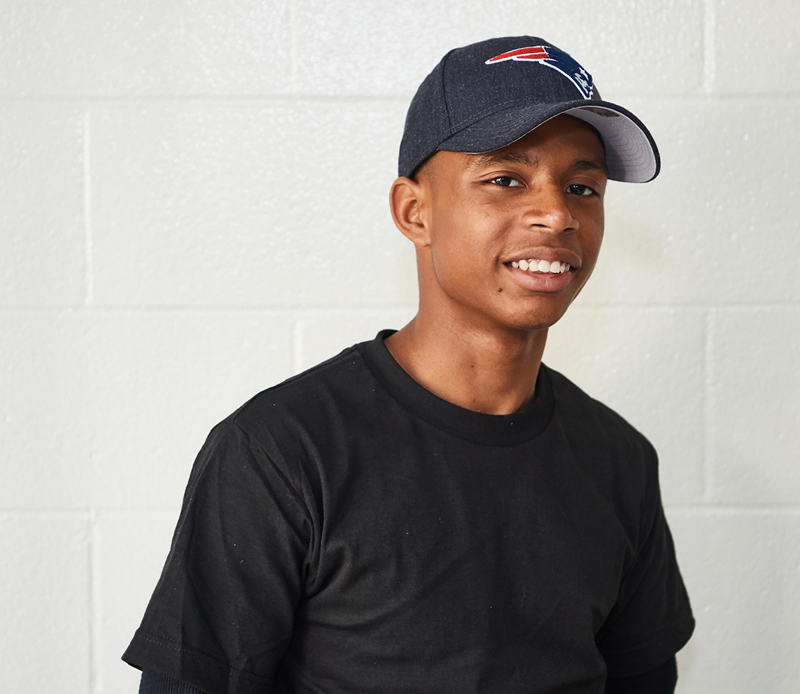 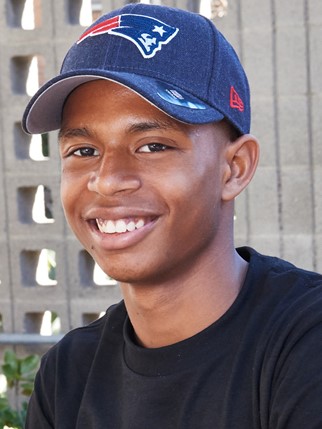 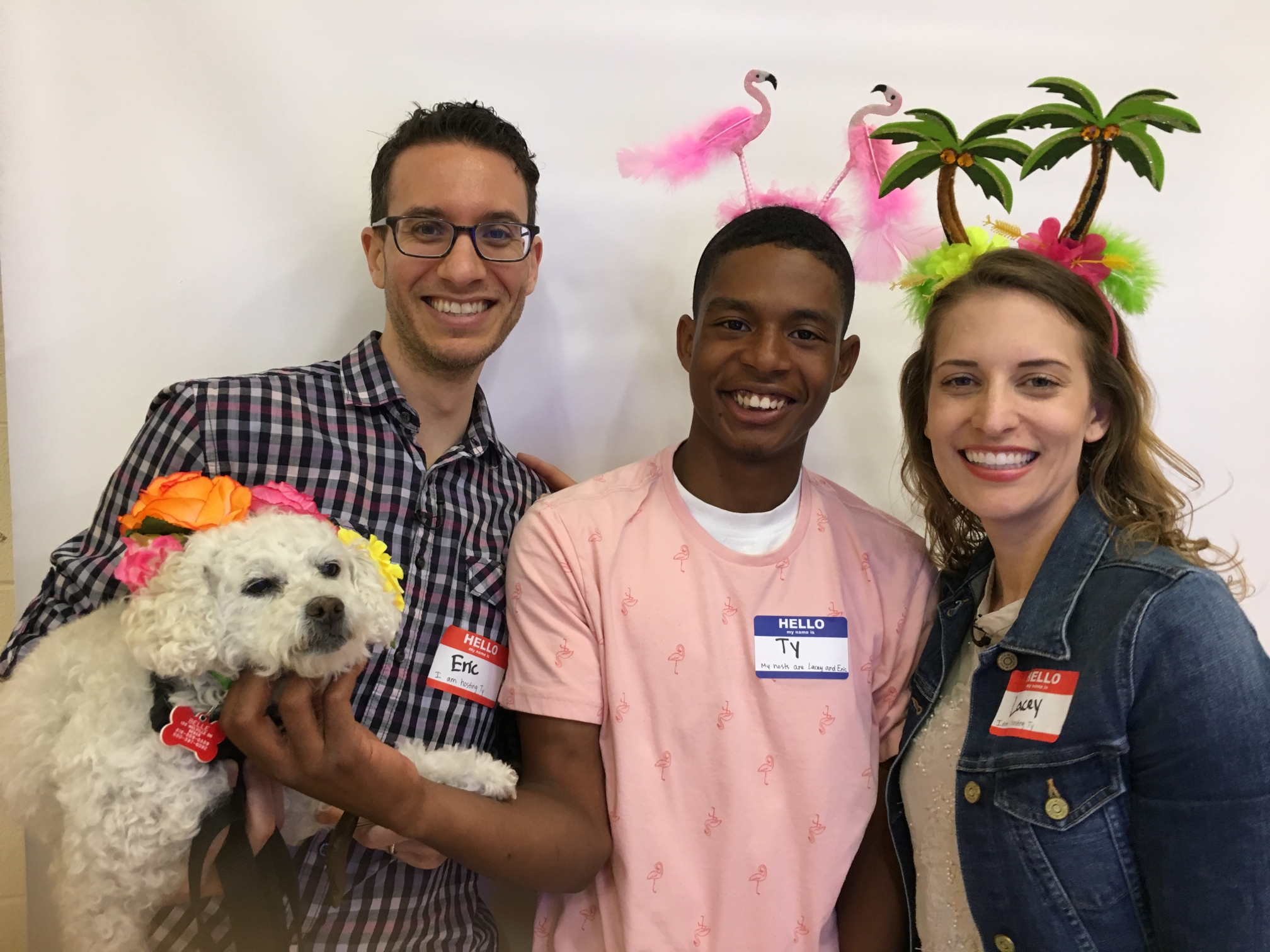 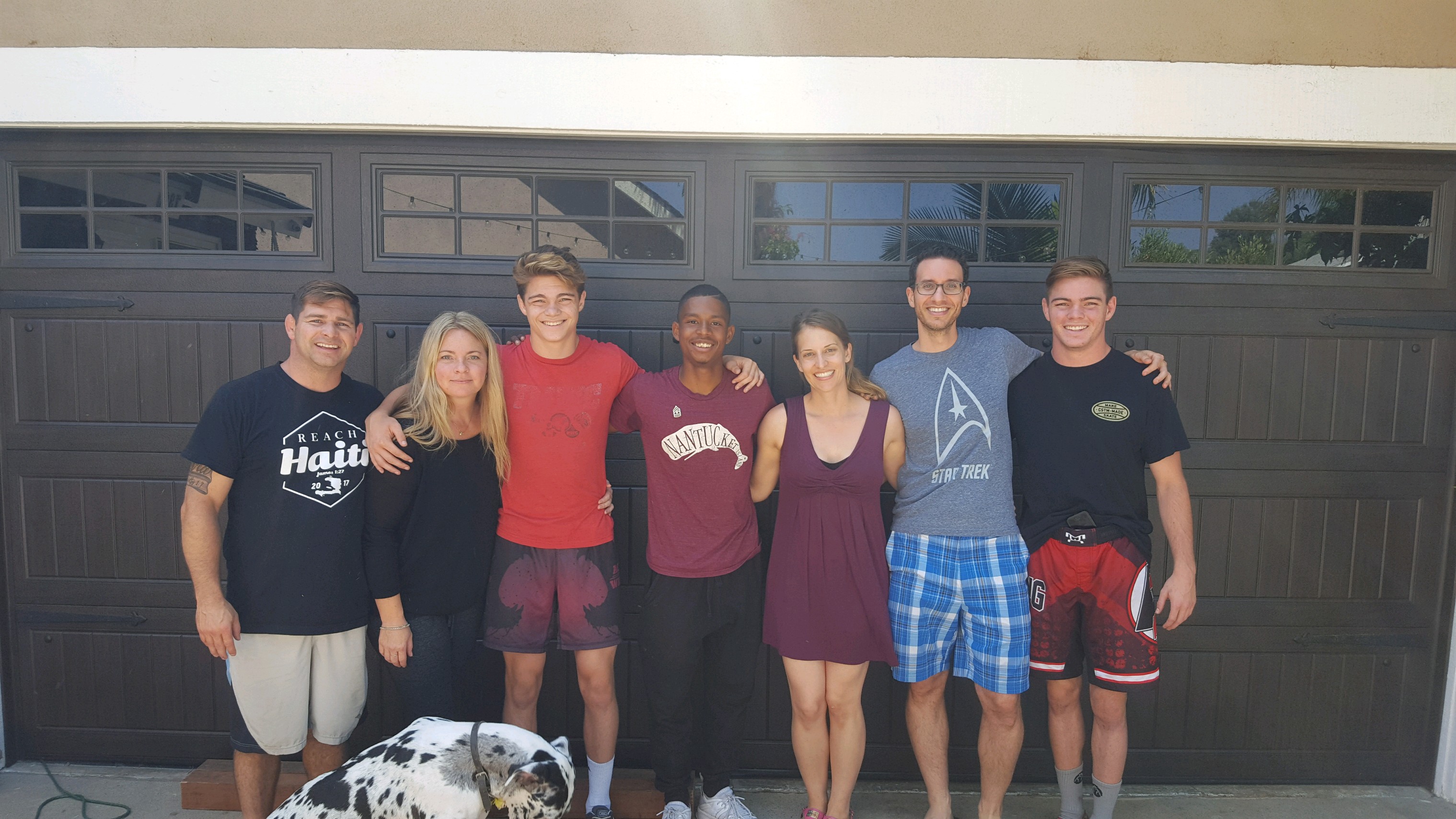 Ty knew his time was running out for finding a forever family before he aged out of the foster care system. “I’m working on trying to get adopted,” then 17-year-old Ty said. “I have to hurry up and get stuff done. I have to start advocating for myself before I turn 18. That’s what I think about every day.”

Born in Dallas in 2001, Ty was placed in kinship foster care at the age of only 4 months. He lived with his grandmother in Ohio until she was no longer able to care for him.  He came to California with a family friend who was entrusted with his care, but as Ty says, “then bad things happened” and he eventually ran away.  Child welfare professionals and a family court judge then decided that a group home in Los Angeles County was best for him. But even that placement left Ty longing for the love and support he needed. As he recently recalled, “being in a  group home made me realize how much I wanted a family.”

Ty was certain that he wanted something different for his life. He dreamed of a future that included a career in the military and then a run for Congress but lacked the path and the support to make any of these dreams a reality. His immediate goal, however, was to be adopted and join a loving family soon–in the eight short months left before he turned 18 and would no longer be eligible for adoption recruitment services from Los Angeles County. If not adopted, Ty was considering leaving the foster care system at 18, but knew that the life prospects were dim for foster youth who left the system to be on their own. Foster youth that age out of the system at 18 or older generally lack the financial and emotional support to sustain themselves and often end up homeless, jobless or incarcerated. “Who am I going to call in California?” he pondered. “Who am I going to look to for help? When you’re about to turn 18, that’s when it smacks you in the face.”

Recognizing his tenacity and drive, Ty’s social worker referred him to Kidsave. Ty participated in Kidsave’s Weekend Miracles program in Los Angeles County, which has earned a reputation for effectiveness in helping older foster youth find permanent families.  After attending his first Kidsave event, Ty was fortunate to meet his future hosts Eric and Lacey, with whom he shared an immediate connection. Eric and Lacey began spending time with him on weekends, focusing on his education.  While hosting Ty, Eric and Lacey continued to advocate for him and his quest to find a home.

The sparkle in his eye and the passion in his heart were not lost on Kidsave staff, who approached Ty with the idea of sharing his foster care journey and desire for a permanent family.  Ty delivered a moving speech about the stigma that often accompanies being a foster youth.  He spoke with intensity about how he would not let his past define him and how he believes that all children who grow up in the foster care system want the chance to move on from their past. Ty told of his traumatic past and what it was like for him to move between Ohio and Los Angeles, from adult to adult, never experiencing the benefits of having a stable home or consistent education.

Mo and Jessica Mora were in the audience that night and moved by Ty’s speech.  They decided they wanted to get to know him  — and starting coming to Kidsave events, then began spending time outside of Kidsave events with Ty and his hosts, Eric and Lacey, at events and through dinners. Mo and Jessica and their sons Joey and Isaiah got to know Ty and they made the decision to make him a part of their family and create a fresh start for him. They began the process to become a resource family and within eight weeks – lightening speed —  they were approved. Jessica said, “spending time with Ty allowed us to see that he needed love and support. That has been our goal ever since.”

Today, Ty proudly calls Mo, Jessica and their sons, Isaiah and Joey, his family. “When I first met my parents, I kind of had that feeling where I knew they could be the ones who would become my family,” said Ty. “I was so thankful to God and everyone who helped me get to the point that I am now.”

Ty reports that everything in his life changed when he found his family. He is doing things that he never had the opportunity to do before: learning how to surf; joining the school wrestling team; and attending his very first homecoming with his new brothers and friends. He has improved academically and says, “I have been more successful this past year in school than I have ever been before, and it’s all because of my parents.”

Ty has since had the opportunity to speak at many Kidsave events, where he has impressed his audiences with his wisdom, vulnerability, and humor. Not every 10th-grader finds the courage to stand in front of 300+ adults, speaking from the heart to honor those who have served foster youth in Los Angeles and receive a standing ovation.”The biggest thing that changed for me is finally being worry-free of having to age out of the system [alone],” he says.  It seems clear that Ty is well on his way to realizing his dreams.

Eric and Lacey continue to mentor Ty, and with his new family, are his biggest supporters.

Watch Ty’s story in episode 1 of “The Day I Picked My Parents.”