2 orphaned children find joy in their Staten Island summer; but will they find a family?


[This is the second part in a series documenting Huguenot resident Andrea Uribe’s fostering journey. You can read part one here.]

STATEN ISLAND, N.Y. — The reality of being a single parent of two young children and the challenges that come along with that is setting in, but Andrea Uribe is still wanting to adopt 6-year-old Julian and 13-year-old Ethan. Julian and Ethan are staying with Uribe for five weeks through Kidsave.org – a nonprofit organization that gives children from orphanages in other countries summer vacations in the United States with American families through foster-to-adopt programs.

Uribe, who identifies as queer and uses they/them pronouns, said it has always been a dream to have a “gaggle of children” and adoption became a thought three years ago. Having come from a big Colombian family, Uribe chose the program, in part, because the children are from Colombia. Wrapping up the end of week three, the children are acting more like kids and less like polite house guests.

They’re also loving bagels, something they’ve never had before.

“They’re definitely getting more tooty, their personalities coming out a bit more,” Uribe, 39, said. “They were very reserved and on their best behavior and now they’re definitely letting themselves be kids more. While it’s more challenging, it’s also way more fun to see them bickering and it’s cute. Nothing too out of control. They’re really great kids.”

Hard questions are being asked – by the children and the foster parent – but Uribe is focused on making sure Ethan and Julian enjoy themselves on their Staten Island vacation.

“They’re told not to [ask if they will be adopted] but they did quite early on,” Uribe said.

“They also have two sisters being hosted in Texas who are looking for families. So, they asked me if I would adopt them, then about all four of them, and then yesterday this one asked me if he would be here for Christmas. They’re hard questions to manage but right now we’re still focusing on here and now and enjoying our vacation together,” they said.

Like many parents, Uribe needed to return to work after taking two weeks off to explore with Ethan and Julian.

“I was worried how I was going to figure out the going back to work thing,” they said. “It’s tiring, don’t get me wrong, but we’ve been able to manage. Waking them up at 5:30 a.m.was a jolt for them but they’ve adjusted really nicely.”

Ethan and Julian have been enjoying themselves at the JCC Day Camp on Manor Road.

Uribe said the JCC has been “amazing” making the children, who speak little to no English, comfortable. The organization even hired Spanish-speaking counselors — Uribe said there’s a “little crew” waiting for them at drop-off every morning.

Julian’s counselors Sara Cuautle and Kyle Gravitch said the 6-year-old was shy on the first day but has since jumped right in – literally and figuratively. “La piscina is his favorite,”Gravitch said. “You’d never know he’s never been in a pool before.”

Cuautle said Julian has been teaching the boys in his group some Spanish and they’ve been teaching him English. “He’s doing great. All the kids include him when they play; he’s having fun,” Cuautle said.

Ethan was moved per their request to a female group at the camp. Both the counselors and Uribe said the accommodation has made a huge difference in their experience.

“The girls are all inclusive and they always rush to help Ethan. It seems [they] feel welcome; I hope they feel welcome,” said counselor Emily Geoghegan.

JCC CEO Orit Lender said it’s been a joy having the children at the camp. “Seeing the smiles on their faces reminds us why we do what we do,” said Lender.

WEEKENDS ARE FOR POTLUCKS AND ADVOCACY

Thirty-nine children came to the United States from Colombia as part of the Summer Miracles five-week program.

On weekends, the children and their host families get together at different locations across  the tri-state area; on July 31 the families met at Ridge Road Park in Hartsdale, New York.

“We have events every weekend so that the kids that are being hosted can meet other prospective adoptive families. It’s a time for them to see their friends too,” Uribe explained.

While Uribe still hopes to be able to adopt Ethan and Julian, nothing is guaranteed, so they make sure to introduce the children to other families at these events and advocates for adoption for all of the children in the program.

Kidsave has an adoption rate of 80%, Randi Thompson, CEO and co-founder of Kidsave told the Advance/SILive.com. “If we can get the kids here, chances are really good we can find them a forever family,” Thompson said.

“[Uribe] speaks the language, although most of our families don’t have language. [Uribe is] very interested in the children, but [they’re] also making sure [to] introduce them to people in case something goes wrong and [they] aren’t able to adopt, which is really important. [Uribe is] a good community member and making sure the kids are having the experience of a lifetime,” Thompson said.

ʻHOW AM I GOING TO DO THAT AS A SINGLE PARENT WITH TWO KIDS?’

Uribe has avoided telling Ethan and Julian they will be a family “because anything can happen,” but does tell the children they care about them and can’t imagine never seeing them again.

“I’m still learning towards trying to make it work. I think the challenges have become a little bit more concrete, a little bit more real having to do it, but I’m still very much in the game of how to make that happen,” Uribe said.

Working as an IT manager for a large company, Uribe describes themself as “really career driven” and has spent about 40% of their career traveling.

“I think I have a lot of challenges being a single person coming into two kids all of a sudden. How am I going to do that as a single parent with two kids? Just figuring out all that stuff. And you know it’s not a cheap process. We have some challenges we need to figure out but once the dreaming settles down a bit and the reality of the must-dos sets in it becomes a little bit more scary but we will figure it out,” they said. 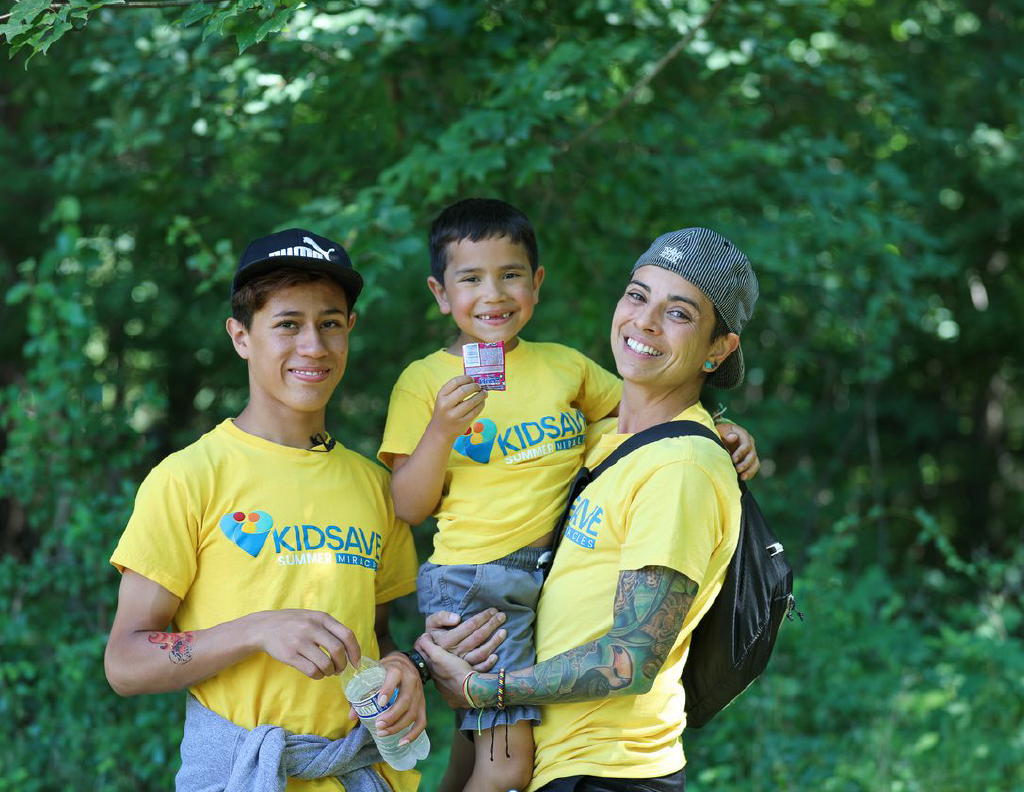 Andrea Uribe with their foster-children Ethan, 13, and Julian, 6, at a KIDSAVE event on July 31, 2021. (StatenIsland Advance/Alexandra Salmieri) 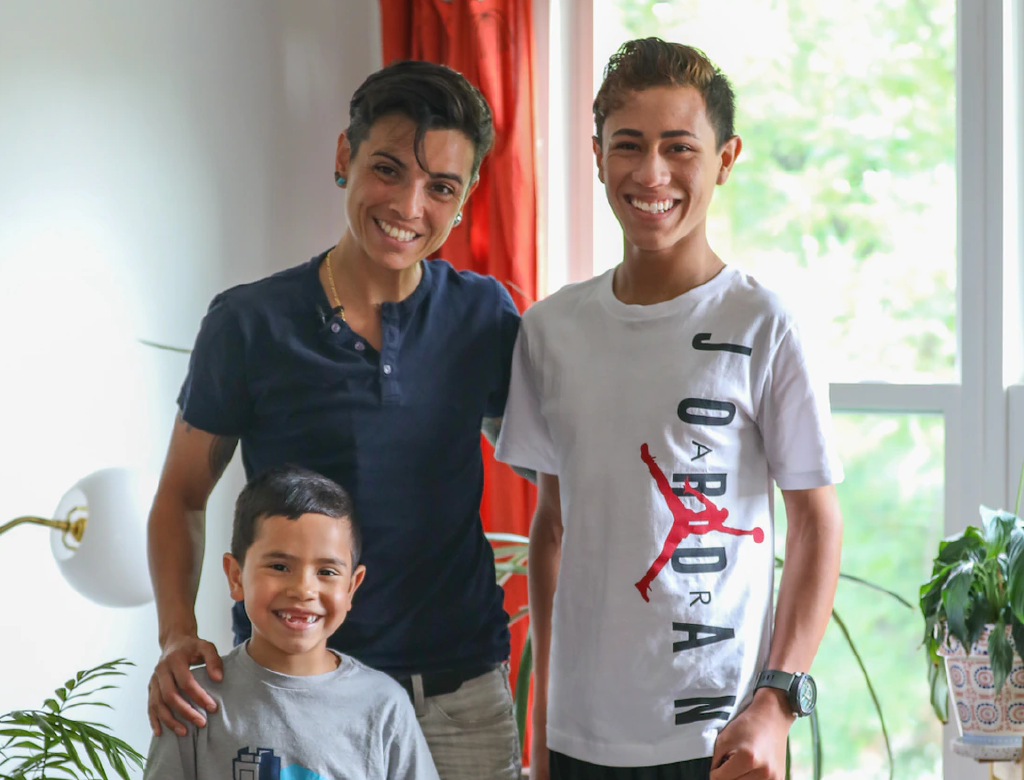 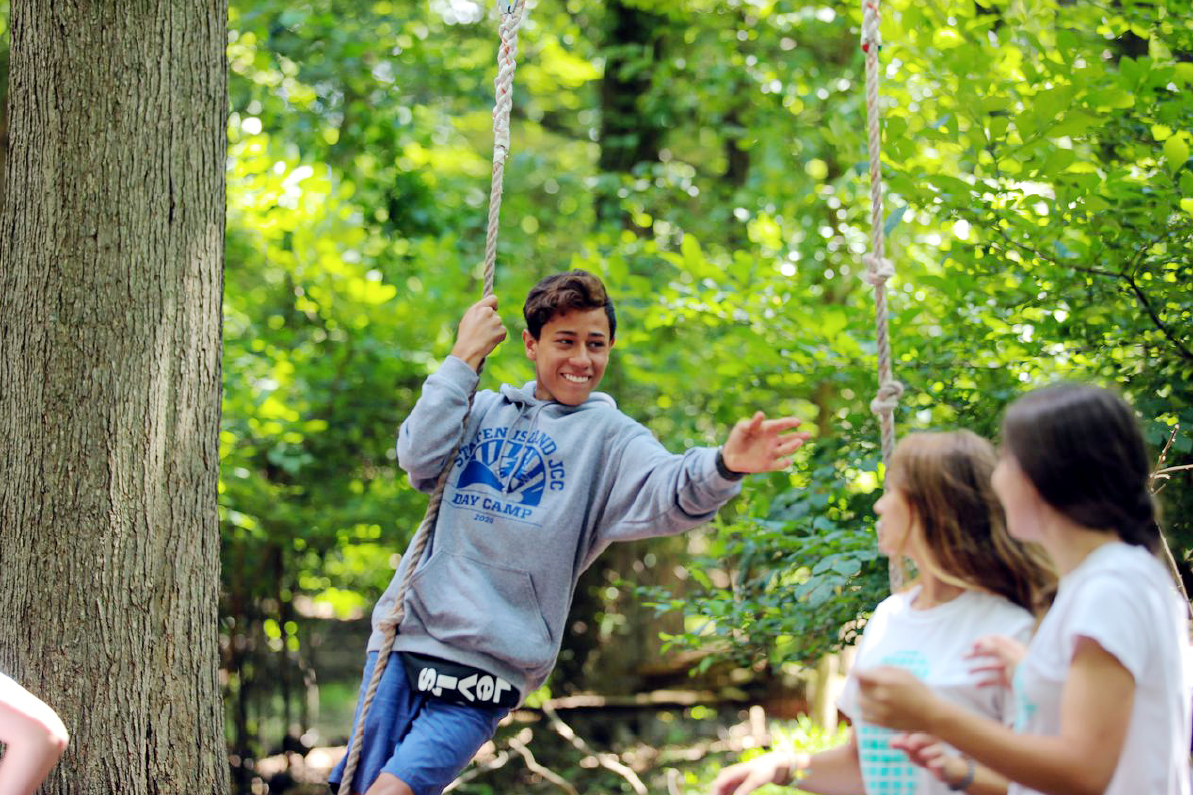 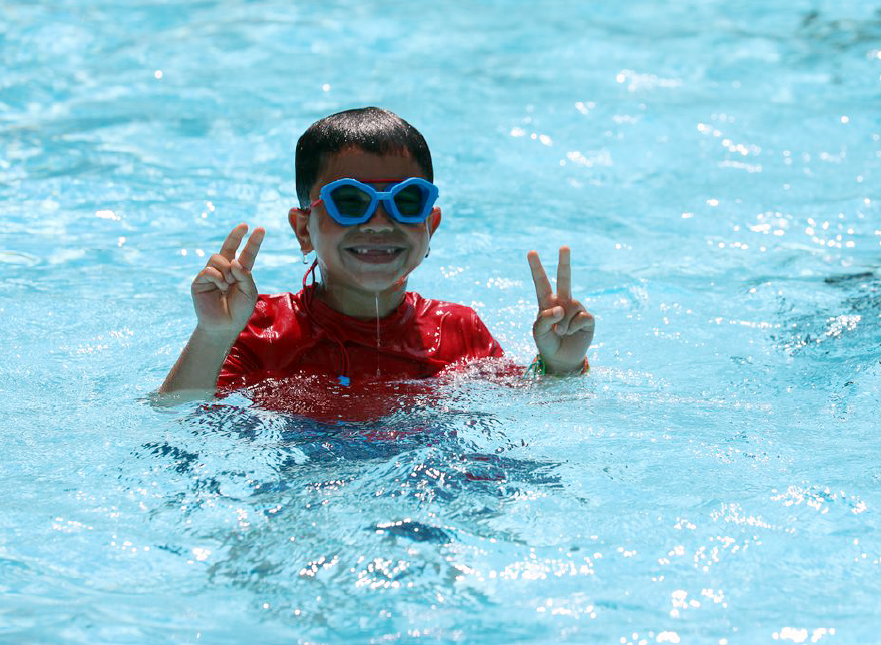 Andrea Uribe with their foster-children Ethan, 13 and Julian, 6, along with several other Kidsave families in the airport after meeting for the first time. (Courtesy of Andrea Uribe)

There is one more week of events for you to meet these awesome kids, kids who long to find a family who will love and support them.

Learn more about Ethan and Julian and all the kids in the Summer Miracle Gallery.