Twins Get a New Family

Previous Next
Twins Get a New Family

Twins get a new family they know and love! 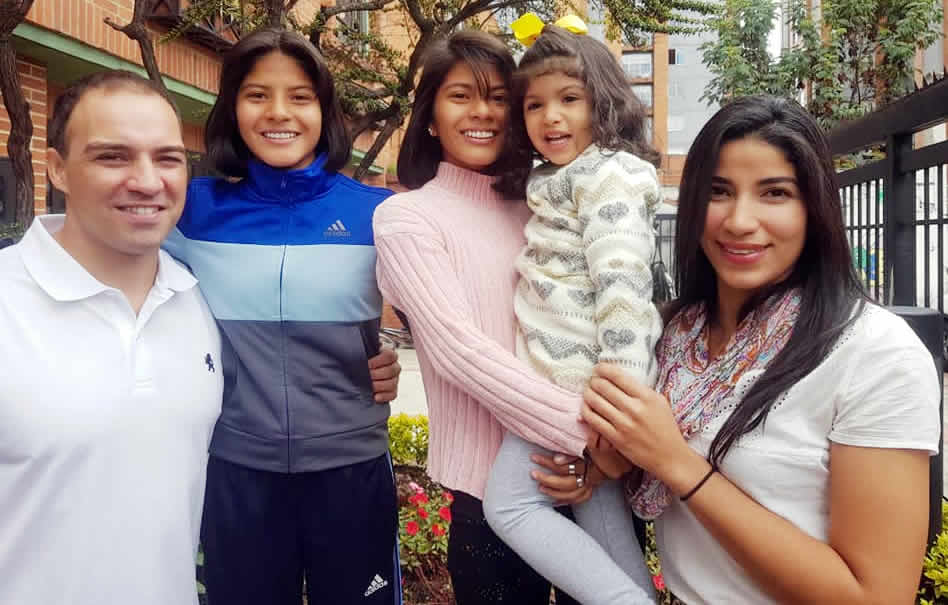 “When they tell you they love you, and give you a hug – it’s gold.”

“This is your new home, and no one will ever take it away from you or tell you to leave.” Jacqueline and Dennis reminded their newly adopted teenage girls as they drove home from the airport — as a family — for the first time. The 14-year-old girls broke down and cried.

Alex and Hazel had lived in foster care in Colombia since they were 7. Their social workers recommended the girls for Kidsave’s Summer Miracles program, and in July of 2019, they boarded a plane to New York City. They would spend five weeks with Dennis, Jacqueline and their toddler Lani in Queens, NY. When they landed, the pilot welcomed them over the loudspeakers, a special favor to their host family. Jacqueline and Dennis are both air traffic controllers who always knew that they wanted to adopt. Summer Miracles was the perfect opportunity to meet and get to know the girls they had only seen in pictures.

At the airport at 3:00 a.m., Jacqueline and Dennis could tell the girls were nervous and a little uneasy when they arrived, but Jacqueline worked to reassure them and spoke to them in Spanish. When they got to their apartment, the first thing they did was have pancakes. “I don’t think they actually liked pancakes because they haven’t eaten them since,” said Dennis, chuckling, “but I believe they wanted to be open-minded and polite.” Afterward, they went for a walk to unwind from an eventful morning and took a much-needed siesta. Their journey together had just begun.

The summer was full of memories they would never forget. They went to Central Park, Coney Island, attended Kidsave events, went sailing and swimming. The hardest part was knowing the girls would have to return to Colombia by the end of the program, said Dennis. The couple knew early on that they would adopt the girls but they couldn’t tell Alex and Hazel their plans due to the rules of the program. But “we always reassured them that although it was going to be a sad time, [going back] was the best-case scenario — and we made sure to send their letter of intent to adopt early,” said Dennis.

After the girls returned to Colombia, it was just a few months before they found out they were going to be adopted! The girls screamed with joyous disbelief as Jacqueline and Dennis spoke to them over Skype saying “We’re coming to Colombia tomorrow! We love you so much. We are so happy. This is one of the happiest days of our life!” Watch the girls’ reactions here.

The twins are now living a new life with an adoptive family who adores them and plans to give them the best future possible. The family is adjusting to life as a family of five and getting through each challenge, through the many peaks and valley together, said Dennis.

Although identical twins, they are both very different, said Dennis. “Alex is very sporty and strong; she wants nothing to do with make-up and is very motivated. She is often exercising and dancing,” Alex is a great soccer player and joined a local soccer team. “She is now one of the best players,” said Dennis. Hazel’s personality is almost polar opposite from her sister, he added. “She is a ‘girly girl’ who loves make-up, boys, and has taken an interest in photography and now uses it to express herself.” They are now 15 years old and are both doing well in school.

Dennis and Jaqueline said that while having their biological daughter was an absolutely beautiful experience, adopting their teenage daughters was equally as awesome. “It offers a different perspective on life. It’s just as gratifying,” said Dennis.